Home » discovering the UP » Copper Harbor

This last weekend we went up to Copper Harbor to see Joel’s band play.  Copper Harbor is at the tippiest-toppiest point of the Keweenaw peninsula, right in the middle of Lake Superior.  About an hour’s drive from us, and a gorgeous spot.

The band was playing in a park next to the Copper Harbor School, which is Michigan’s only surviving (still functioning, that is) one-room school house.  At least, that’s what my friend tells me.  I haven’t double checked the information. 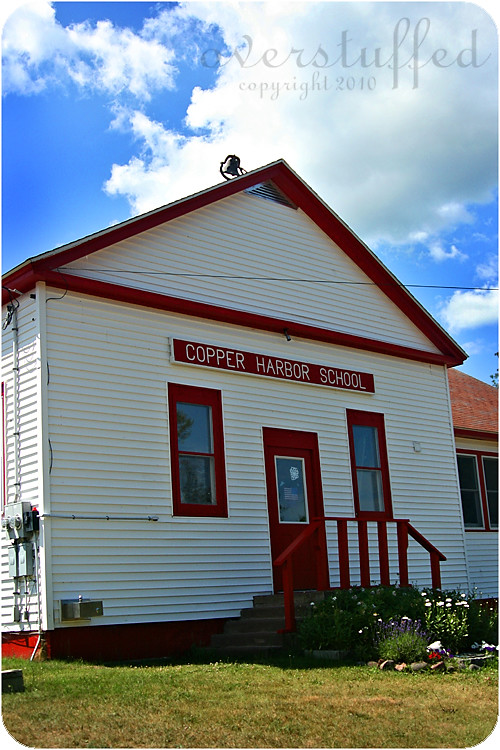 It had a fun playground, which is where the girls spent most of their time, along with one of Bria’s good friends whose dad also plays in the band. 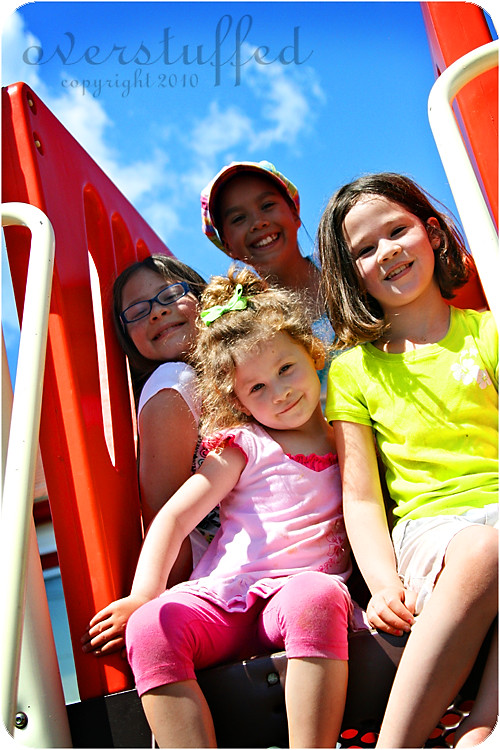 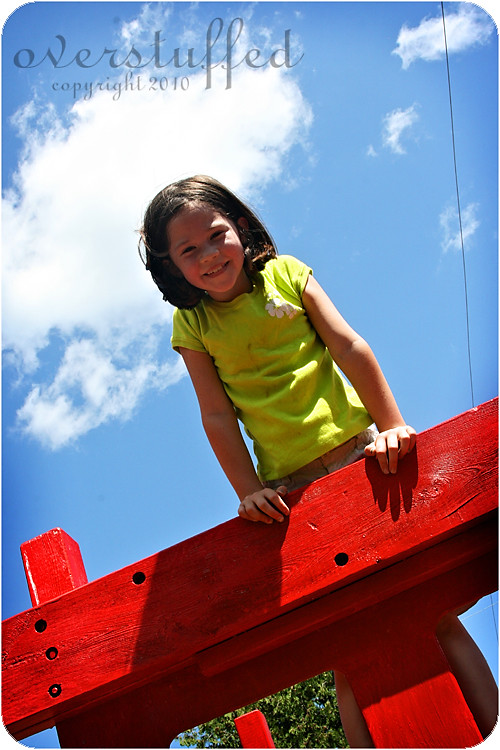 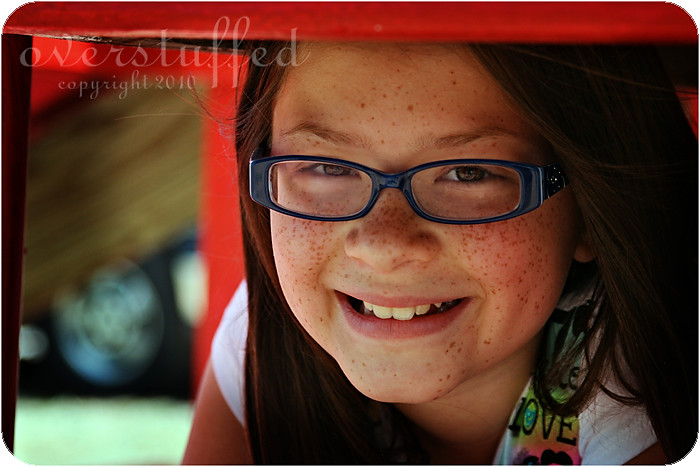 The playground even had a merry-go-round, which my kids have never seen before in their lives.  So crazy!  Bria hated it, but Chloe and Sophia had a lot of fun with it. 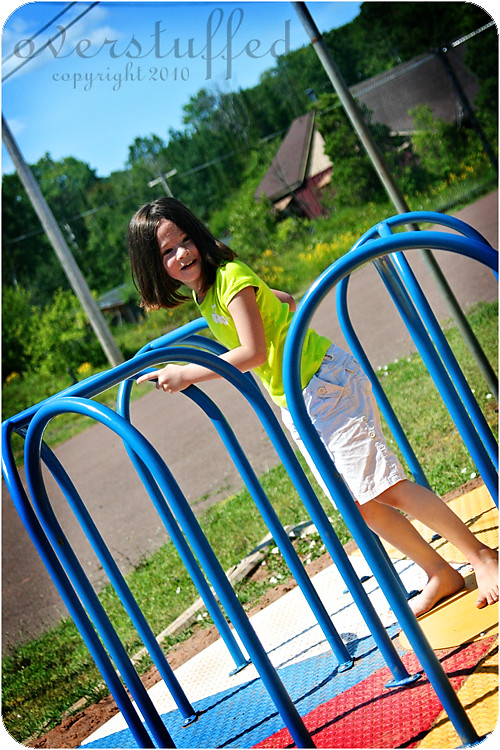 Especially Sophia.  At one point, she was doing interpretive dance on it while it was slowly spinning.  I wish I could have gotten better pictures because it was hilarious.  Right in rhythm with whatever the band was playing.  Totally in her own little ballerina world. 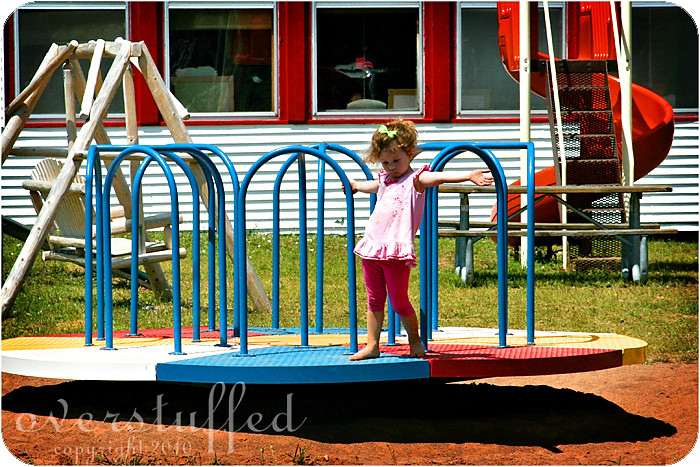 As you can see, it was a beautiful, sunny day.  And it was hot.  Chloe doesn’t do so well in the heat, her little cheeks immediately turn bright red (and I even kind of minimized the red in the picture) especially if she’s running around having lots of fun playing. 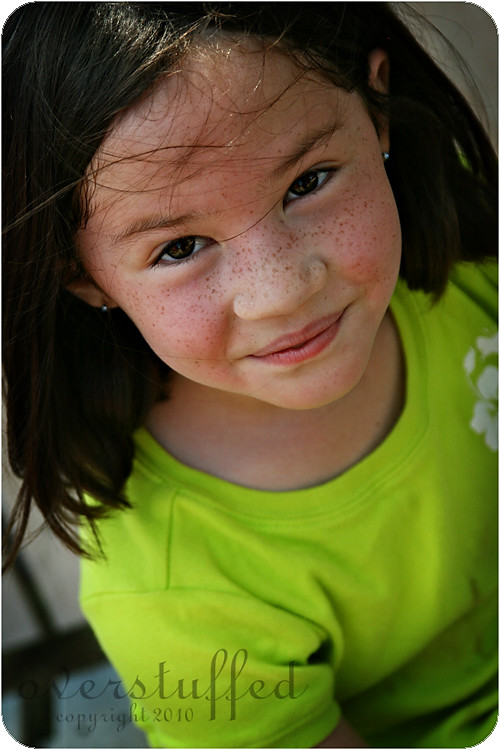 Despite all of the fun, there was bound to be a tantrum or two.  Especially when mom says you can’t have any more cookies.  Darn it. 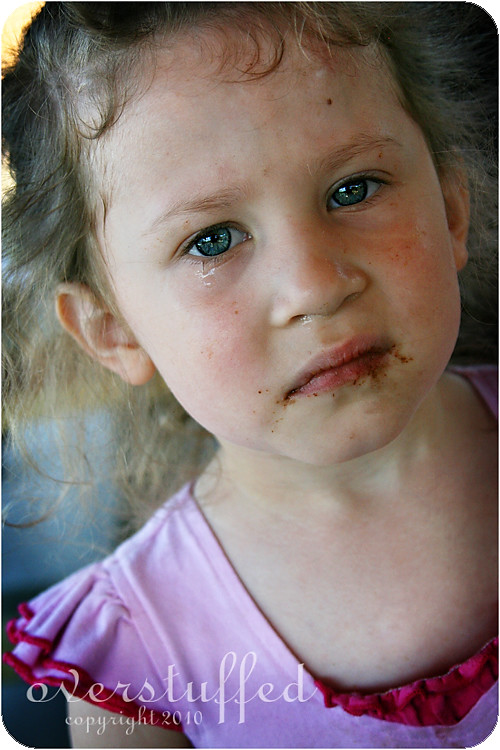 Luckily the band was finished right about then and we had other commitments to rush home to.

(That’s the girls new favorite movie.  We’re even thinking of doing a Star Wars theme for Halloween this year. If they don’t kill each other over who gets to be Princess Leia, that is.)

The Original Butterfly House on Mackinac Island
Next Post: Dance With Them

What a beautiful area you live in! I'm glad your kids had so much fun. Neat school too.

hmmm, maybe 3 princess Leia's? Tell them each one can be her at the age they are! Of course Princess Leia was once 3, 6 and 10! I love the bright colors of your photos! your girls are so beautiful! hugs and smiles…

The merry go round looks like so much fun!

My blog summary of last summer's U.P. trip included our tour of U.P. merry-go-rounds! (-: They're outlawed our something down here so we make sure to hit all our favorites once we cross the bridge!!!

Look at those gorgeous girls. I love Chloe's freckles! The Star Wars theme was so fun last year for us! But, there aren't any girl characters of course. They would still make darling wookies and yodas!

Sounds like a fantastic place! I love all that bright red wood everywhere.

And the girls are adorable, as always. Interpretive dance and all!

Someone can be Padme. She's cool.