The morning of Day 9 dawned bright and early, and we were all excited to get to the cruise terminal and board the ship!  Hooray for cruises! 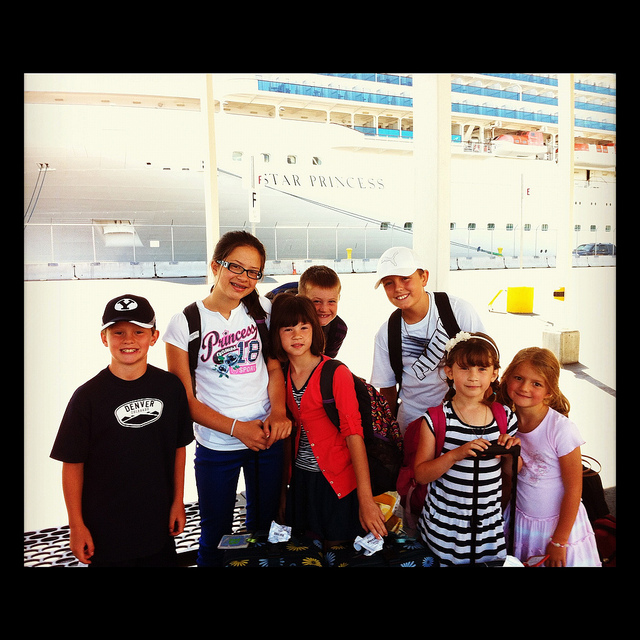 With the help of my Dad, my brother Dave, and both of Dave’s cars, we all made it to the cruise terminal and got ourselves checked in. If you’ve never been on a cruise before, I will tell you that this involves standing in the longest line ever for at least an hour if not longer.  But the end result is boarding a ship, so nobody can really complain.

Then you have to wait in another long line to even get on the ship.  At one point, as we were slowly inching our way along the ramps, my niece Estee dropped her ship card down to the bottom of the dock.  Luckily, it didn’t go into the water!  Joel walked down there and had to solicit the help of a ship employee to get to it, but he retrieved it for her and she was able to board the ship without issue.  Those ship cards are more important than anything else!  What a good uncle the Maestro is, hey?

Once we got on the ship, we found our staterooms and unpacked.  Unpacking is absolutely necessary because it’s nice to be able to move around in your teeny tiny room that you’re sharing with three other people.  Dave’s room was right next to ours, and so we sort of played musical beds.  Sophia and Estee stayed in our room, and Chloe, Daxton, and Tychon (all around the same age) stayed with Dave.  Bria was upstairs with my parents and her cousin Brayden.

After we unpacked, we went up to the Lido deck for lunch where we finally met up with my brother Nate and his wife, Brittany.  Then came the boring but necessary muster station drills.

It was Sunday, so after that we went up to the ship’s chapel and held a family Sacrament meeting.  We had all been assigned talks or other responsibilities and it was very nice.  A random lady even came in and sat in on it.  I hope she had a nice experience.

After our church service, we walked down to the dining room for MORE FOOD.  Because cruises are about eating all. the. time.  Dinner was nice, once my brother Nate and I got past a little misunderstanding.  🙂

After dinner we got the kids all signed up for Kid’s Club which is, of course, their favorite part of cruising.  And then it was already time for bed.  But that didn’t stop Sophia and Estee from leaving us this cute note.  They remembered how it went from the last cruise, after all! 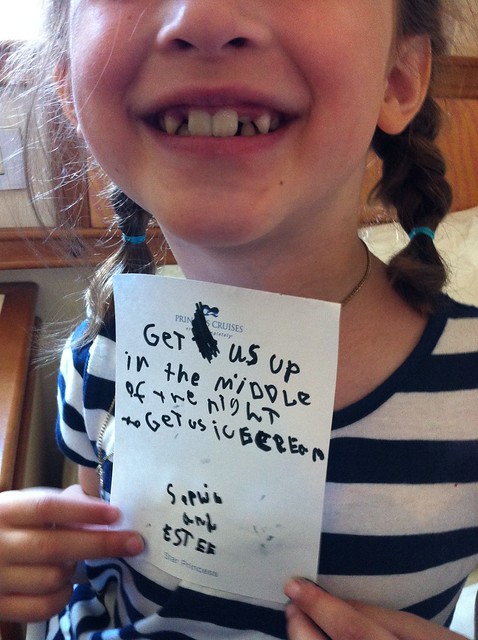 Day 10 was a Sea Day, so we slept in, got breakfast, took the children to kids’ club and proceeded to find some fun things to do on the ship.

We also played Bingo, ate lunch, took the kids swimming while Joel napped on the deck, hit the gym, and played golf.  Not all of us participated in every activity, and only Joel golfed.  Are you shocked?

Then we had our first formal dinner of the week.

I realized I hadn’t taken a single photo of Day 10 until I was lying in bed exhausted.  I was working on Project 365 at the time, so not taking a photo was not an option.

I grabbed my phone and snapped this lovely photo. 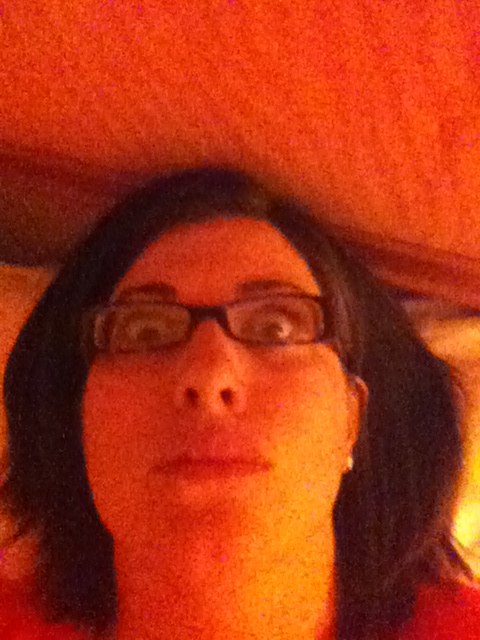 Five Tips to Help You Transition to Gluten-Free
Next Post: To Be The Giver of a Gift