Establishing cell phone rules for your teenagers is something all parents should do—but make sure you don’t forget this important rule! 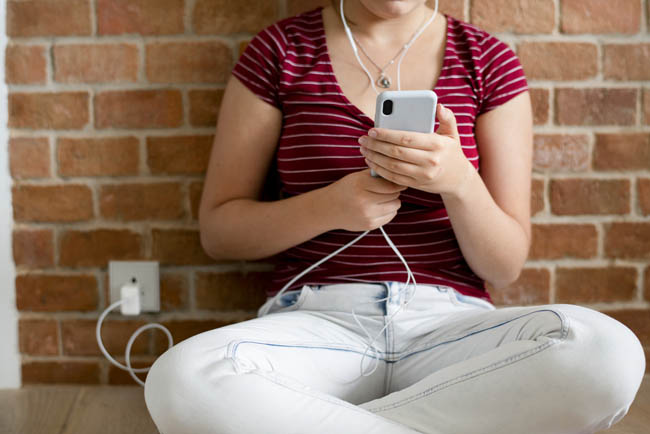 School’s been out for a couple weeks now and my teenagers are enjoying the summer days.

Even though I’m a big proponent of limiting their screen time use, I am a little more lax during the summer. They don’t have as much responsibility as they do during the school year, and a large part of their social life requires using their cell phones.

But the number one reason my kids even have cell phones is for ME.

Each one of my three daughters got their phone when they became busy enough that I had a hard time tracking them down. I got them a phone when I was tired of having to text all of their friends to get a hold of them—even if I knew where they were.

My kids have phones so I can communicate with them. All other “perks” of having a phone—social media, camera, google, oh, and did I mention social media?—are just nice for them to have.

For this reason, a big cell phone rule in our house is that they must always answer my phone calls and texts, and they have to share their location with me so I can see where they are should I choose to look at the Find My Friends app.

But that is not the rule I forgot to make.

And I’m pretty sure it’s not the rule you forgot to make, either. 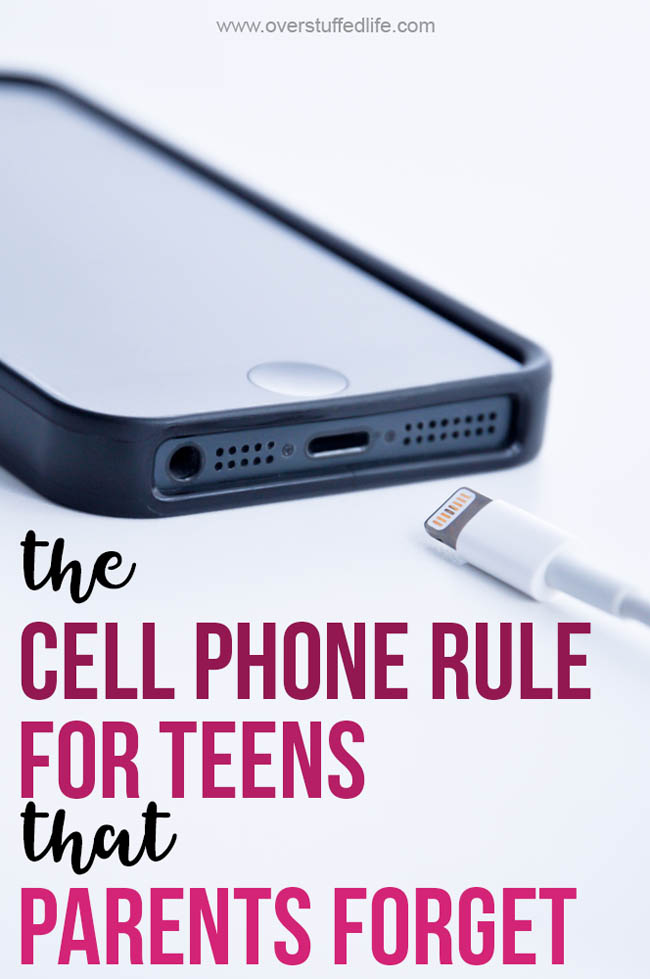 I finally realized that I had forgotten to make this rule just the other day when I was driving my 13-year-old daughter to the beach to meet some friends.

“How long do you plan on staying?” I asked.

“I’m not really sure yet—I’ll text you when I know.”

Well, that wasn’t likely to last her more than another half an hour, so I told her to be sure to call me from a friend’s phone so I knew what the plans were.

She did call me, but I don’t like not being able to get a hold of her if I need to.

The next day, she was headed out to do something else with her friends and I asked her again what the battery percentage was.

27%. Definitely an improvement…but not much of one!

After the third day of her going out with friends and having her phone die on her I finally made the new cell phone rule that I should have made a long time ago.

Here’s the latest cell phone rule at our house:

All three of my daughters have this issue of not charging up their phones until it’s too late. Consequently, they don’t think ahead when they are about to go somewhere and inevitably end up with a dead phone—and a frustrated mother.

I went ahead and ordered an external battery pack for each of them in the hopes that this will help. Of course, they will need to make sure that those are also charged if that is going to work.

Maybe this is just a me and my kids problem—but somehow I don’t think so.

So, while you are drawing up your cell phone contracts and making social media rules for phone usage, don’t forget to put at the top of the list: Keep your phone charged.

Bucket Full of Sunshine—Free Printable & Gift Idea
Next Post: 12 Ways to Get Rid of Stinky Feet for Good!

Hi lara! its so nice to see you!!!!! I need to let you know. i only let my little kiddos leave the hosue if they have their phones charged to 100% or higher!!! this is very helpful, this article made me laugh xoxoxo

My rule is the phone has to be charged every night DOWNSTAIRS and not in their rooms. Primarily b/c I want them to have a good nights sleep and not get interupted with all of the notification “dings” or not to feel tempted to respond. But, it also ensures 100% battery life when they walk out the door each morning for school or other activities.