(Ahhh! How am I ever going to finish this? I’m overwhelmed already, and now I’ve gone and divided up Day 2 into 2 parts. But, seriously people, I had to. I took about 400 photos on Day 2! Maybe I can combine some days that were less exciting photographically. Crossing my fingers.) 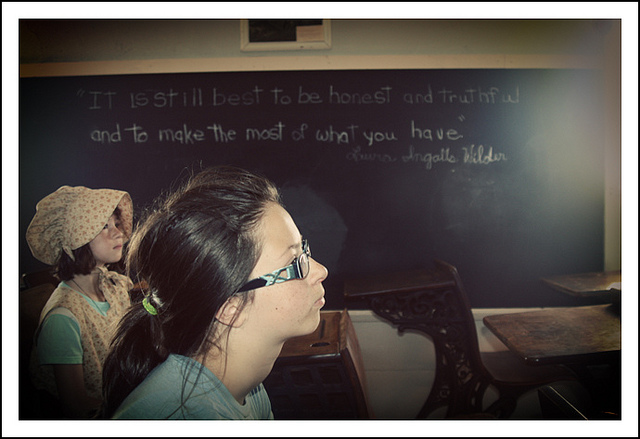 We spent the first 3 or 4 hours of Day 2 at the Laura Ingalls Wilder Homestead. Now, if you’re a Laura aficionado, you know that her family moved around a lot, but Pa finally settled down in South Dakota, and this is the land that we were able to visit.

But first, we had to get up (not so easy)(for Chloe especially), cook breakfast, and break camp. It was totally almost exactly like being actual pioneers.  Okay, so maybe it wasn’t, but I think it was fun for the girls to pretend.  While Joel cooked us a yummy breakfast of eggs, sausage, and pancakes, we female-folk cleaned out the tent and loaded the car. 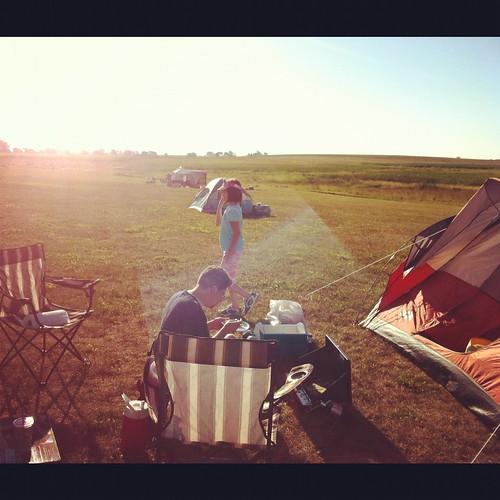 Some of our neighboring campers had brought along their beagle, and they were letting him roam around the campsites unleashed.  And when he wandered into our campsite, what did he do?  He peed all over Joel’s backpack.  Thanks a lot, beagle owners!  (They also let him wander through the entire homestead while they were touring that morning….weird.)  We did get a good laugh out of that, though.  And every time we got a whiff of that backpack, we laughed again.  We may have also cried a little…

But, I digress.  Once we were all packed up and our teeth and hair were brushed, we headed over to the homestead where there was much fun to be had.

First, we climbed up to the viewing tower, where you can see all 160 acres of Pa’s land.  The prairie is so different from anywhere I’ve ever lived, but so beautiful in its own way. 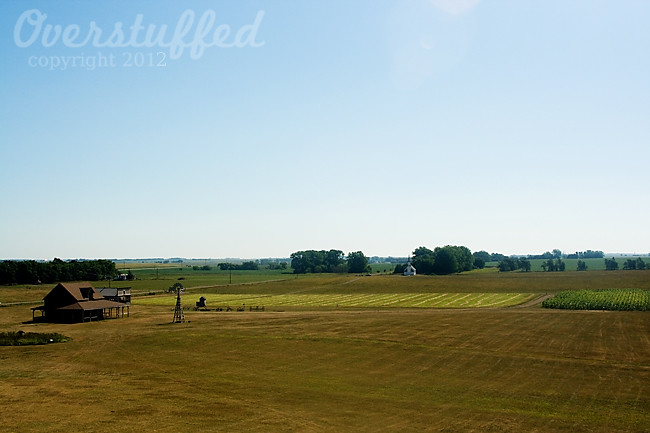 Joel and the girls on top of the tower, with their bright pink stickers saying we’d paid our entrance fee. 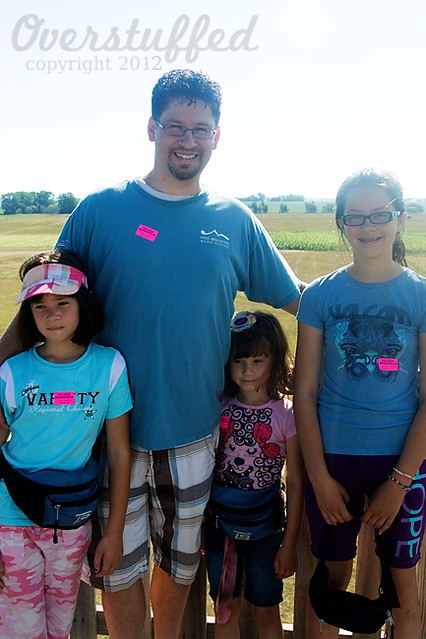 After we climbed down from the tower (and I never knew until that moment that Chloe is terrified of heights!), the girls, meaning Sophia, wanted to play on the little pioneer playground. 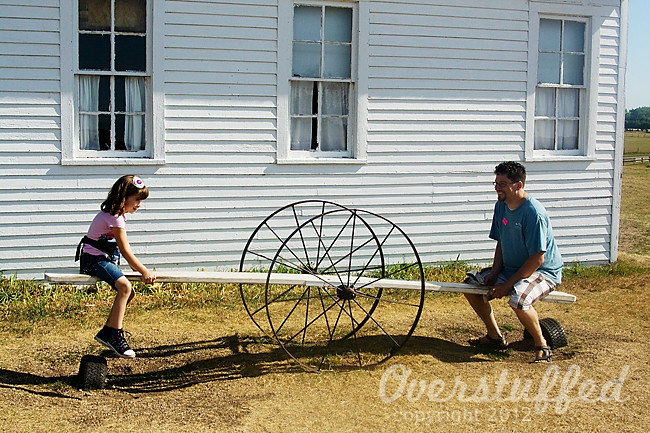 There was a seesaw made from carriage wheels, which Joel was much too heavy for.   Let’s just say it didn’t work very well with Sophia on the other end. 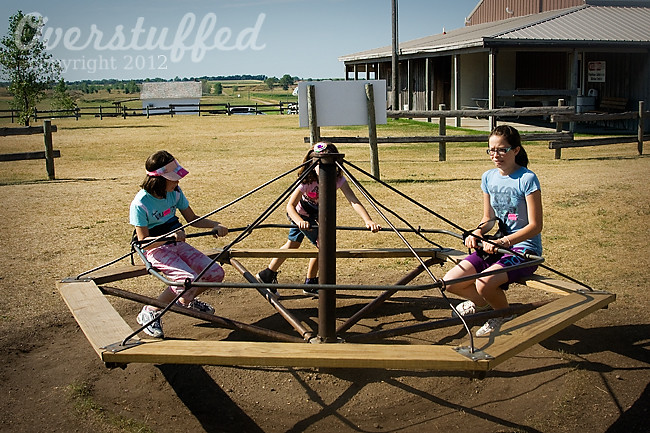 And there was a merry-go-round, which Sophia was totally excited about.  She turned her sisters round and round and jumped on like she’s done this all her life, when as far as I know, she’s only ever seen one other merry-go-round. (And I never knew until that moment that Bria is terrified of merry-go-rounds!)

There was SO much to do there, and I took SO many pictures, so I’ll try to do a quick run-through of things… 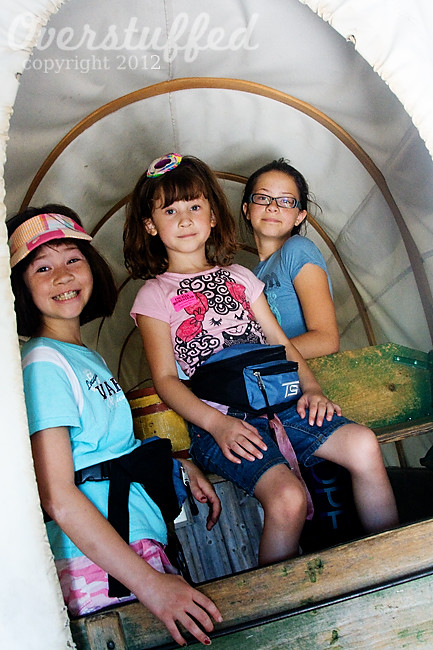 The girls got to sit in an actual covered wagon! 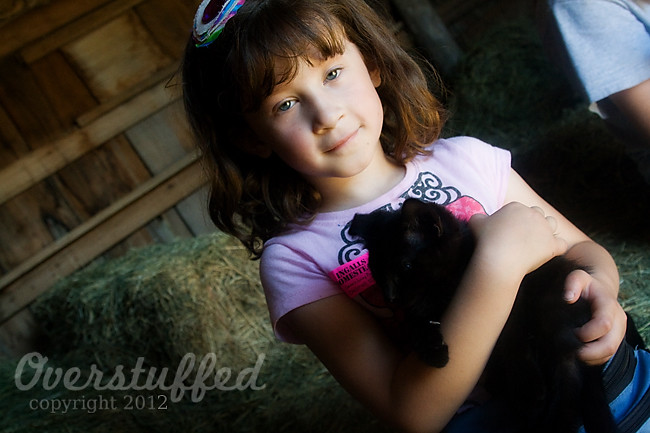 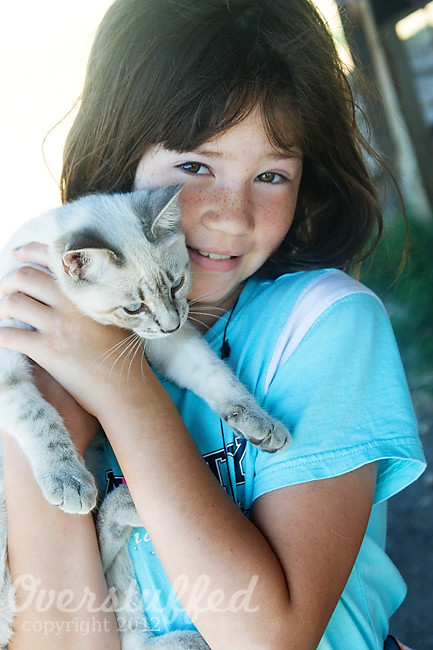 We saw a barn with actual chickens and cows and ponies and the girls really only cared about the barn cats and kittens. 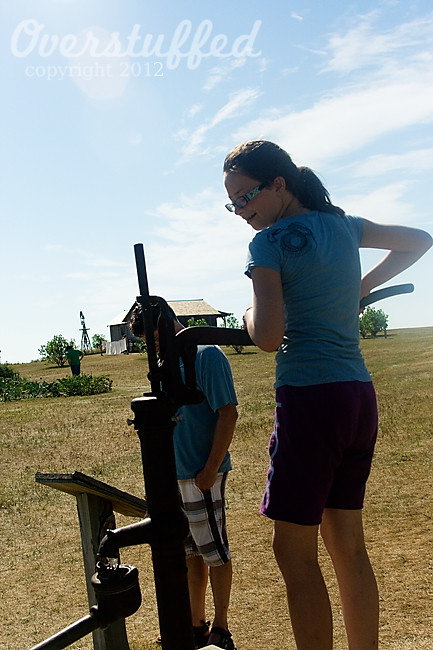 We learned how to use a water pump.  (And yes, Joel’s nose is in his phone.  His summer term wasn’t quite finished when we left, so he was often walking around various tourist sites grading papers.  And then texting me the grades.  He found that easier than using the notes feature on his phone, I guess.) 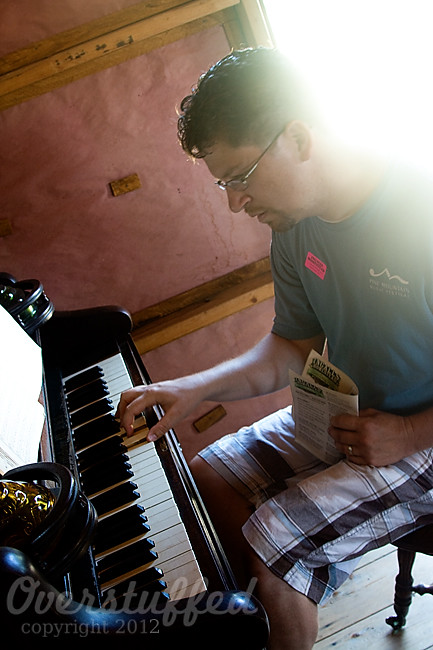 We got to play on a pump organ just like the one that Pa bought for Mary.

We also saw Ma’s house, where the girls made button toys and toured a pioneer dugout and a lean-to, neither of which would be too fun to live in! 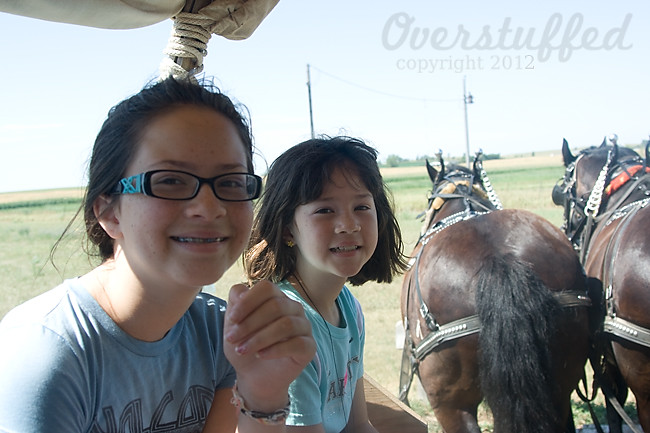 And then we took a wagon ride to pioneer school! 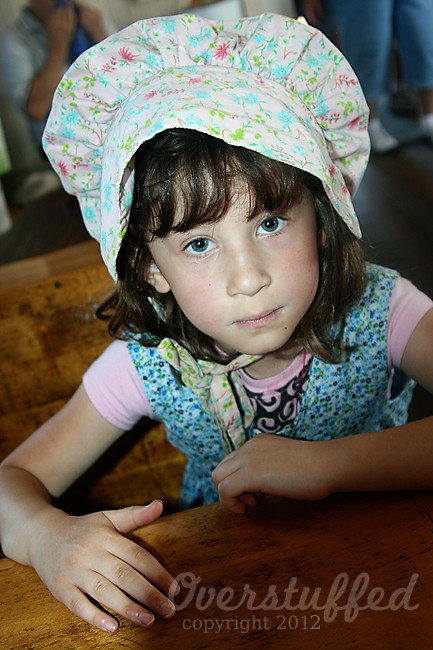 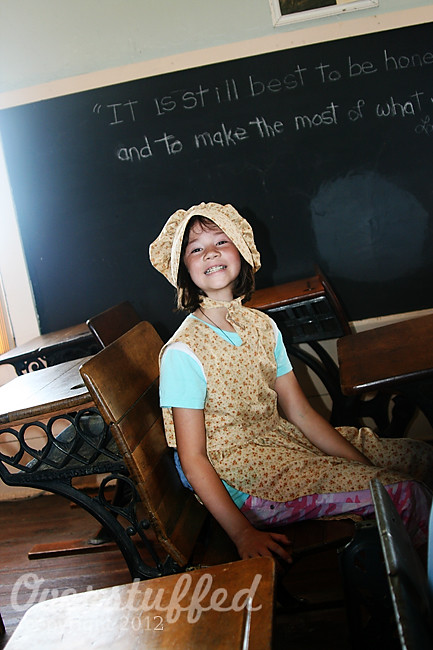 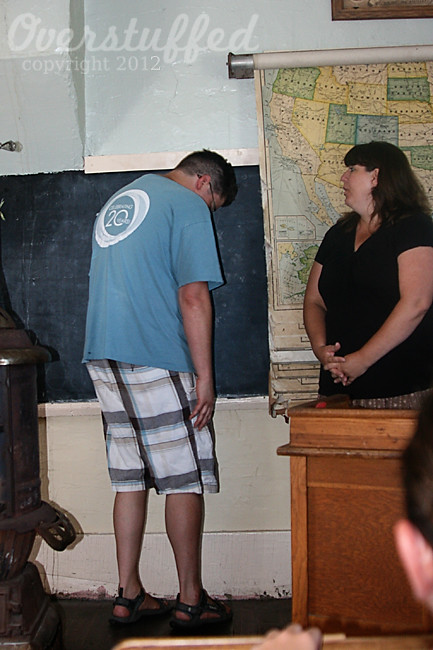 and Sophia had to recite her numbers to 20 in front of the entire class. 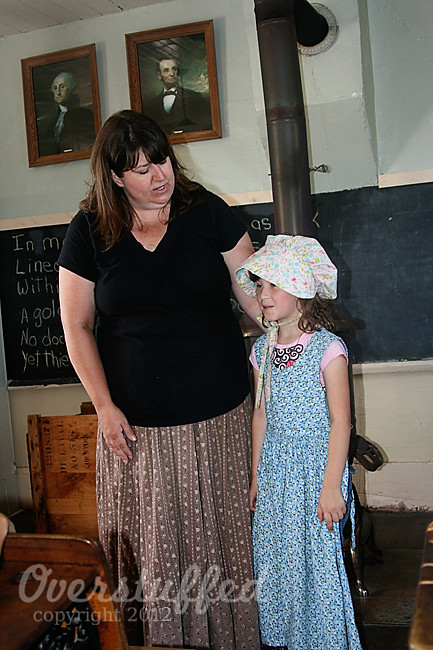 All of the children had a spelling bee, and we learned all about what school was like for the kids in the 1860s.  Like, did you know they only went to school for three months in the winter?  I think our girls felt like they got gypped being born in modern times, but they learned pretty quickly that the work the kids had to do at home was probably harder than what they had to do in school. So maybe it isn’t all bad. 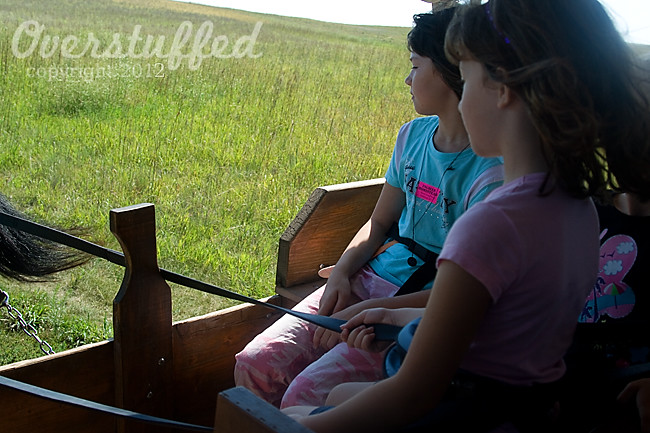 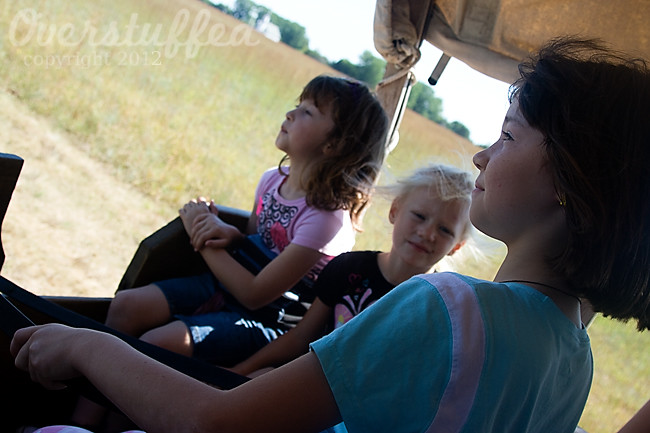 On the way back, Sophia and Chloe got to take the reins of the wagon.  Sophia was a little shy about it, but Chloe said “Yee” and “Whoa!” loudly and confidently, and those horses obeyed her! 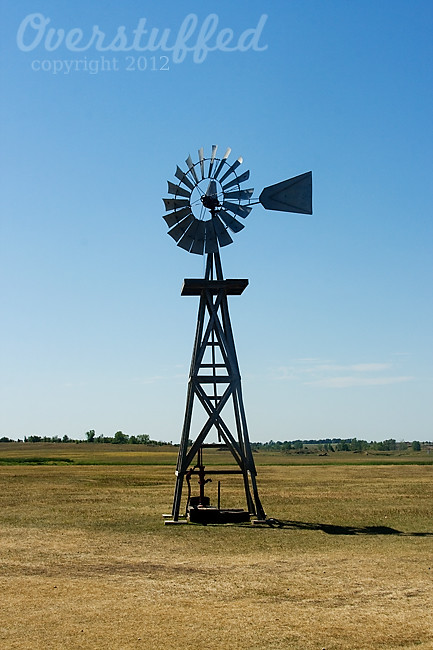 After we finished with school, the girls got to go on a pony ride. 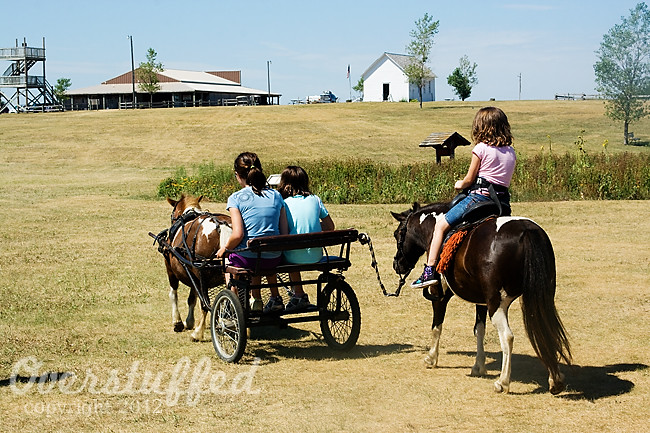 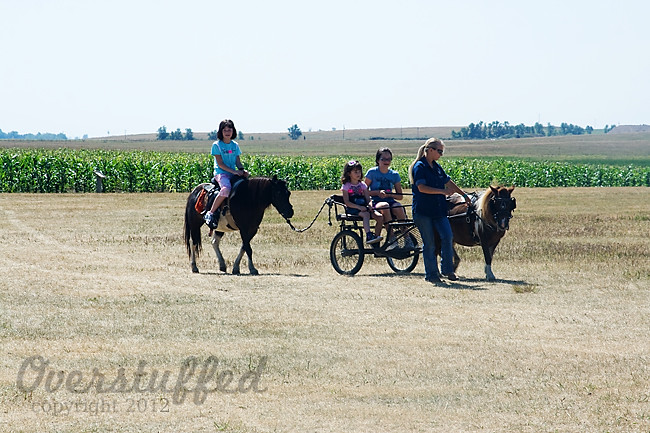 The pony pulling the whole outfit was named Tinkerbell, and she was hilarious.  It was a super hot day (about 95 degrees) and she had absolutely no desire to be hauling kids around, so she kept turning and heading back for the stables, meanwhile banging the little carriage into the gates.  The girls thought she was so funny and started to call her Stinkerbell. 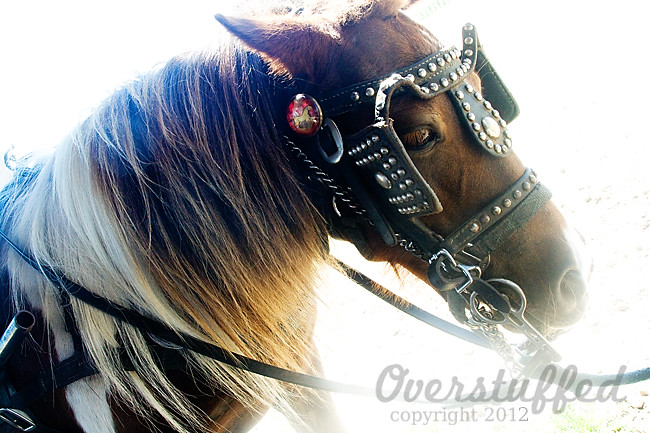 All of that was awesome, but the girls’ favorite thing was making their corncob dolls.  Laura had a corncob doll in Little House in the Big Woods, remember?  Chloe promptly named hers Susan, just like Laura. 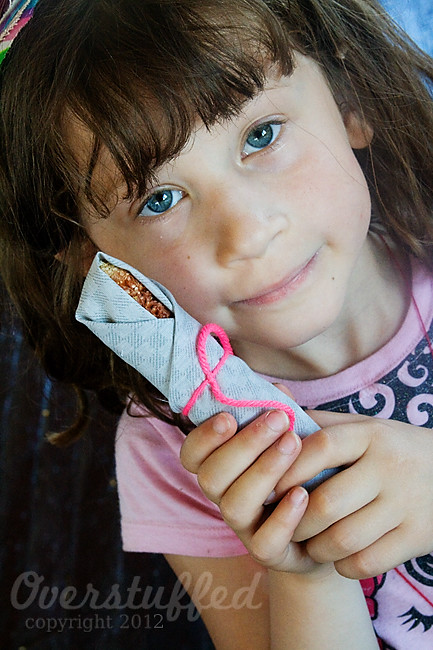 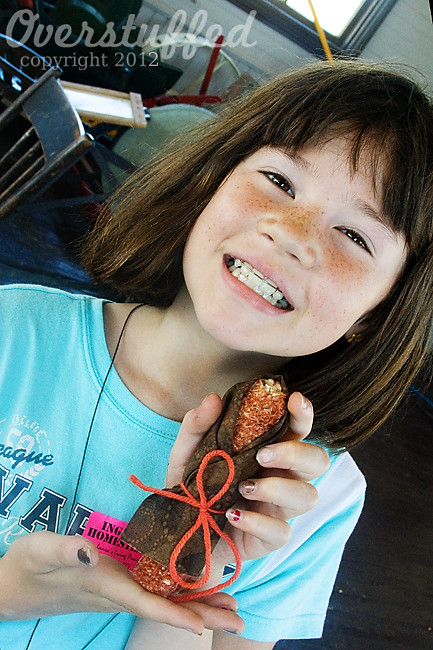 After that, the girls skip-roped their way to the little church and we took a little tour there. 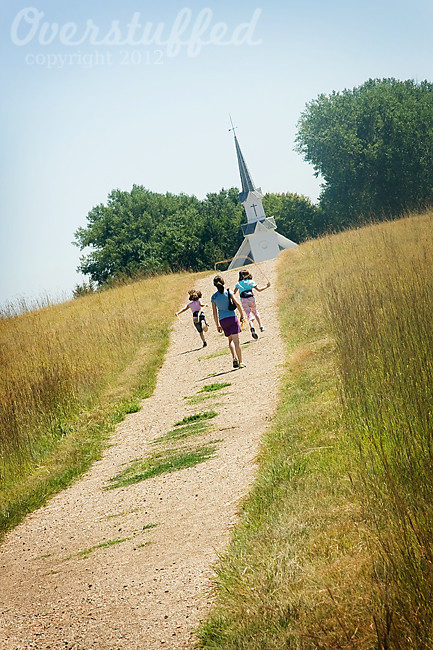 We had such a wonderful time doing and seeing all of these things.  After we went to the gift shop and we were eating some snacks outside on the picnic table, Chloe said, “I am so happy right now!”

Which is just how these vacations should be.  I’m not going to say that Chloe or anyone else was happy all the time, but the fact that she was happy right then was enough for me. 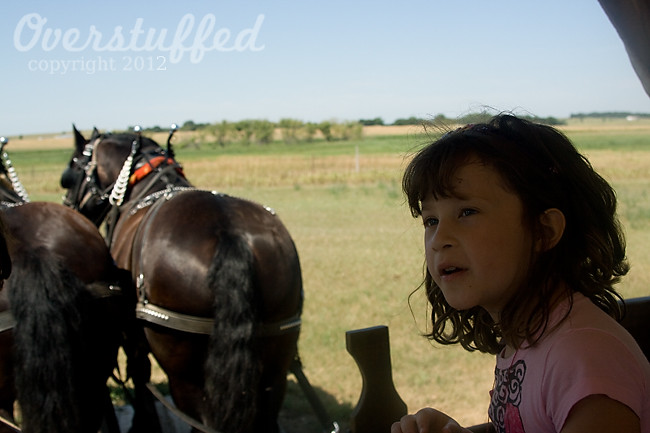 I love this. So darn jealous.
Seriously.

Corn cob doll … truly a LIW experience if there ever was one.

You can GO to the homestead? OMGosh, I think I have added something to my bucket list. I assumed it was long gone

I never knew this existed either. So fun. Thanks for the tour!

I am really jealous as well. I didn't know this place existed and now feel like I have missed out on so much. Little House on the Prairie is my all time favorite books and TV show. What memories you have made!