Home » gluten-free » Our Journey to Gluten-free

As of today, 3/5 of our little family is completely gluten-free.  The other 2/5 eat an almost gluten-free diet simply because it’s easier, but also because I suspect they are both sensitive to gluten like the rest of us.  The real problem is that one of them is a teenager who doesn’t want to be told what to eat, and the other one is a food snob who loves his “glutinous” food. 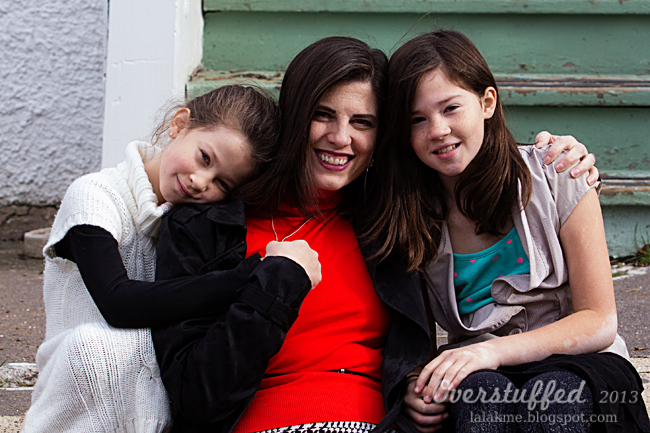 But they really don’t eat it all that often, and even the Maestro has stopped making two versions of every meal because he has accepted that gluten-free food usually tastes just as good as, and often better than, food made with wheat.

I have wanted to write down our journey to this point in full detail.   For posterity’s sake, but also to help anyone else who may be wondering if they are gluten intolerant or if they have Celiac.

I recently read a great article that outlines The Top Ten Most Common Symptoms of Gluten Intolerance.  You can click through to the article for a more in-depth explanation, but here are the ten symptoms:

In March of last year I noticed that my thyroid had become freakishly large and it really scared me.  I made an appointment with my endocrinologist and learned that I have Hashimoto’s thyroiditis, an auto-immune disease. While I was in the office, my doctor off-handedly asked if I have ever been diagnosed with Celiac. I replied no, but I had been diagnosed with a wheat allergy, though I generally ignored it because I’m lazy it wasn’t life threatening. He then told me that Hashimoto’s and gluten intolerance/Celiac are linked so I might want to try going gluten-free, especially since I’d already been told I was allergic to wheat.

I came home from that appointment, did some research on the aforementioned link between Hashimoto’s and gluten and went gluten-free right that minute. I’ve never really looked back, though I thought I could sometimes cheat at first. Wrong! Cheating makes me miserable. And the longer I am off of wheat products, the more I realize that I need to stay away from most other grains as well.  I simply don’t do well on them digestively speaking.

As for the list of symptoms, I can honestly say that most of them were just a part of my life for a long time.  Digestive issues?  Check.  Brain fog and fatigue? Oh yes. Auto-immune disease? Yep. PMS and PCOS? Yes to both. Migraines? Unfortunately yes. Depression? Yes.

I still deal with them, but I’ve only been gluten-free for 18 months or so and it takes a really long time to heal from years of gluten damage. Since going gluten-free, my digestive issues are improving. I do have more energy,  and though it’s still not quite enough, at least I can get out of bed without feeling like I’m going to die. My PMS is much better these days—I’m not out to kill everyone who dares to look at me, anyway. I only get migraines if I eat something I shouldn’t, so these are much more rare than they once were. I think my SAD issues last winter were improved, too. If it weren’t for the fact that we had the longest winter in history, they may have been even better!

It’s still a journey, but I am enjoying better health than I have in a long time.

Poor Sophia.  Some time after Christmas 2012 she began having a lot of gastrointestinal issues. She constantly complained that her belly was hurting her. If she wasn’t constipated, she had diarrhea. She was being sent home from school for low-grade fever and tummy issues on a regular basis. She began to wet the bed regularly and even wet herself occasionally after having been fully potty-trained for several years. She was miserable and I didn’t know what on earth was going on.

At first, I just assumed it was some sort of flu bug, but when it didn’t go away for weeks I started to wonder what else might be going on. What with the bedwetting and all, I thought she might have a bladder infection and we took her in to be seen. All of those tests came back clear, but the doctor was concerned about her prolonged symptoms, and suggested that it may be something dietary. She recommended that we eliminate both gluten and dairy for 30 days and then reintroduce and see what happened.

During the 30 days of no gluten or dairy, Sophia was not totally symptom free, but she did feel better and she didn’t get sent home from school once. I decided to reintroduce gluten first, since I knew I was gluten intolerant already and there is a definite genetic factor involved in gluten intolerance.  The opportunity presented itself when we were running late one day between after school activities and I needed to feed the children quickly. So I ran to Subway and got them all sandwiches. Sophia was SO HAPPY to eat hers, she had really missed bread during her elimination month.

She complained of her belly hurting a few hours later, wet the bed that night, and the next day was sent home from school for throwing up.  For nearly an entire week afterward she struggled with a hurting belly and diarrhea. We took her into the doctor who agreed that gluten was definitely the culprit, and she has been gluten-free ever since.

That was the end of March. She has since been given a diagnosis of Celiac. I have also since found out that bedwetting is a fairly common symptom of gluten intolerance and other food allergies in children, so that explains that.  Nowadays, I can tell if she has accidentally ingested gluten because wetting her bed is usually the first symptom that shows up, followed by stomach pain the next day.  She has also had the chicken skin on her arms since she was tiny. That has begun to clear up in these last six months she has been gluten-free, but it is not quite gone yet.

It’s one thing to have to be gluten-free myself, but having a child need to be gluten-free is quite another. It’s been a long road with a lot of mistakes. Unfortunately, those mistakes always make Sophia very sick and make me feel like the world’s worst mom, but we are getting there.

The best part is that she has learned how terrible gluten makes her feel and she isn’t one bit tempted to eat things she shouldn’t.  She does feel left out sometimes, but I always try to bring a GF option for her to school functions and birthday parties she is invited to.

Last summer, Chloe had these mysterious white spots show up on her skin.  When I took her into the pediatrician, we were told that it could either be a fungus that was easily cured, or vitiligo, which is incurable.

The doctor treated it as a fungus and prescribed a cream that Chloe had to put on her entire body every night. We were told that if it were a fungus this would kill it; the skin would take a while to repigment itself and then she’d be back to normal in a year or so.

Well, once this summer came and Chloe began to spend more time in the sun, it became obvious that the white spots had not gone away.  In fact, they were even bigger and more prolific than they had been the summer before. 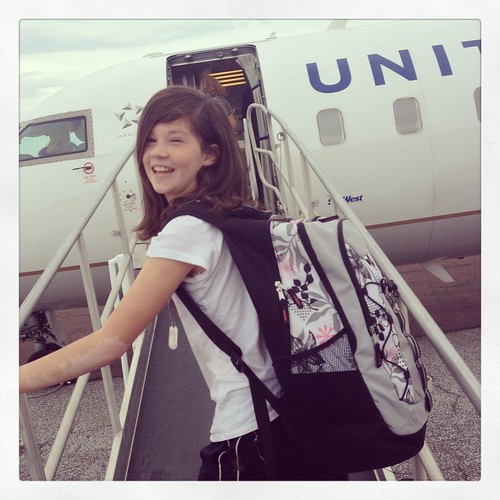 When Chloe and I flew to Utah to visit my family, we saw a dermatologist there. He confirmed it was indeed vitiligo—an auto-immune disease—and gave us some ideas for treating it. Once I had a firm diagnosis, my research ninja came out and I learned that a common factor in vitiligo is–you guessed it!—gluten-intolerance.

Chloe was very willing to go gluten-free because the poor thing is so self-conscious about the spots and all of the questions she gets about them from her peers. She has been diligent in her eating, and we have since discovered that if she slips up she suffers from some digestive issues as well. We are noticing that, coupled with the cream the dermatologist prescribed and taking Ginko Biloba, the gluten-free diet seems to be helping. Many of her spots are beginning to repigment around the edges.

Now that it is nearly winter and her summer tan is fading, the spots aren’t quite as obvious. I’m hoping that by keeping her diet free of the Grain Which Shall Not Be Named, they will be completely eradicated when she begins to spend time in the sunshine next spring.

It’s been an interesting couple of years for our family, medically speaking. (Let’s not even mention all of the broken bones this summer.) The gluten issue is a big reason why we chose the family theme we did this year.  I have really gained a testimony of how much what we eat can affect our health, and I am trying very hard to change the way our family eats, because so much of it goes far beyond gluten intolerance.

The thing about journeys, is that they can be long. Full health is our ultimate destination, but we are still making our way to it—and we are determined to get there!

It is Thankful People Who are Happy: Thanksgiving Printable
Next Post: Our Epic Vacation: Day 8

Even though we are not gf over here, I feel your pain on having to be vigilant with food. It is a learning experience, but there is so much more out there these days, as far as information and people to support you. I'm glad that you are all feeling better though!

Thank you for sharing this, Lara. I was wondering how Sophia was doing. Our family is now 5 out of 6 gluten-free, and it's my husband who is the hold-out, LOL! Our bedwetter issues are slowly resolving, too. Phew!

Thank you for sharing, my daughter has been diagnosed with Wheat allergy but they said not to worry about celiac, but over the past few months I have learned more I am convinced she has CD too. so after reading your article I did some research on the relation of CD and her other problems, and they all seem to relate. So I guess I will have her tested. Thanks for sharing.

I just read through the top ten symptoms of gluten intolerance and I suffer from four of them. I've always suspected that I my be mildly intolerant. It looks like I need to do some research.

This is fascinating! Thank you so much for sharing. I love, love, loooove my bread, but sometimes I wonder if my diet is affecting my (and my kids) health and attitudes