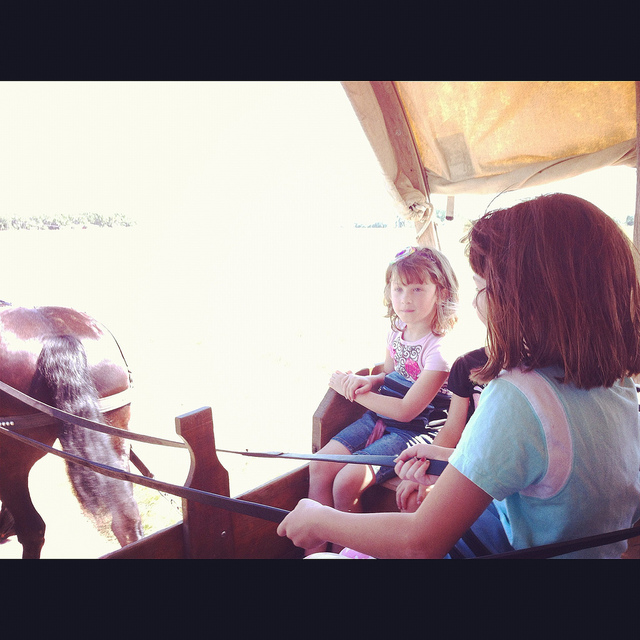 As a reminder, we spent the (very hot) morning touring the Ingalls Homestead in DeSmet, South Dakota, where Chloe and Sophia both got to try their hand at driving a covered wagon. 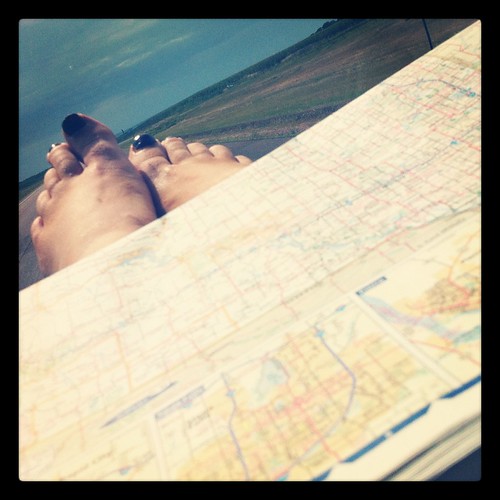 And then, it was on the road again. I like to take pictures of my feet to prove that I am also on this vacation, since there aren’t many photos of me otherwise. I am also the navigator on road trips and The Maestro is the driver. I love me a big old atlas, and Joel hates to know where we are until we get there.

Before we got too far, we needed to find a WalMart to stock up our food/drink/ice supplies. And then it was off to the Badlands. 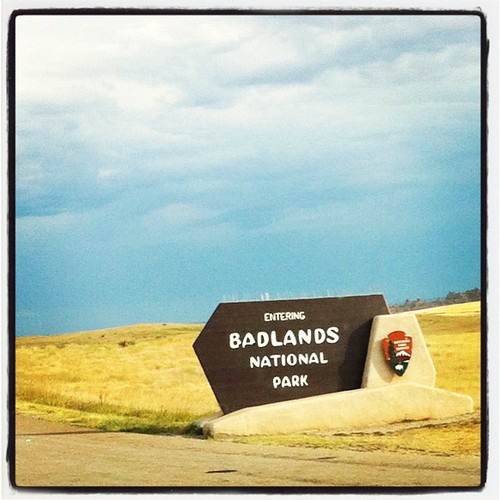 Have you ever read Peace Like a River by Leif Enger? Well, if you haven’t, you should. Anyway, a good portion of the book takes place in the Badlands, and I loved Enger’s descriptions of the area. And I think it was just like that in real life, and I was excited to see it all.

We drove to our campsite, where we calmly put up the tent. Quite a contrast from the craziness of the night before. (As an interesting sidenote, the name of our campsite loop was the same as the street we live on, and our campsite number was the same as our house number, if you were to take out the zero.  Kind of weird, don’t you think?)

This was the view from our campsite, just as the sun was beginning to set.  So pretty. 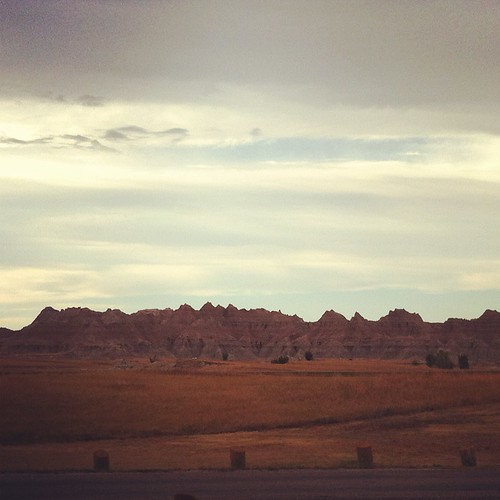 But, we didn’t actually cook our dinner at the campsite this time. (Not that we did the first day, either, but that was a bit out of our control.) Joel, food snob that he is, had done some research and decided that we would be eating at the Cedar Pass Lodge that night. A little bit of a splurge, but well worth it, and fun, too!

Joel and the two older girls had Sioux tacos made with buffalo meat. 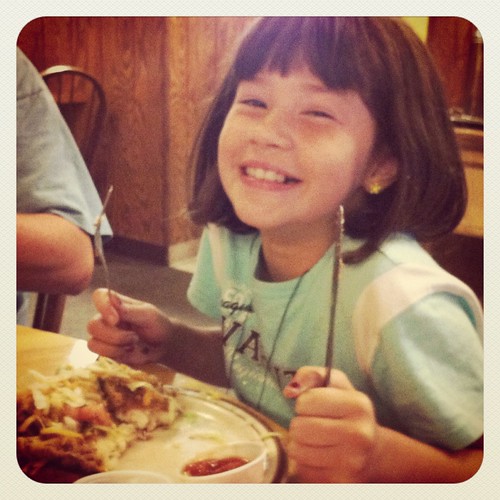 I hear they were very good, but they were also full of gluten. So I ordered the gluten-free buffalo burger, which used GIGANTIC portobello mushrooms as the buns and had not one, but two, buffalo meat patties which were bigger than the mushrooms. I have a big mouth, but not that big! And also, I couldn’t finish it. But it was definitely yummy. 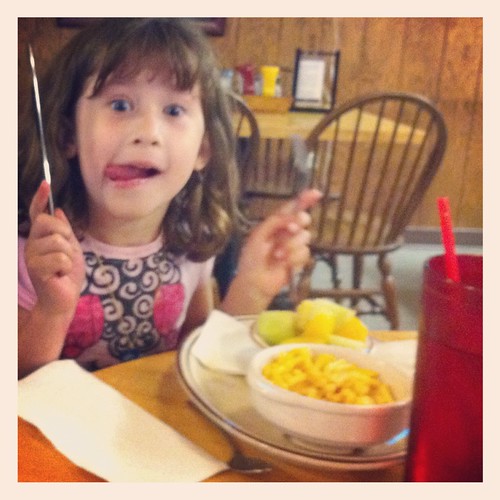 Sophia had the mac and cheese. If it’s offered a restaurant, it’s what she orders.  Doesn’t matter what else is on the menu, it’s macaroni and cheese for this girl.  I just wish that restaurants could maybe serve something besides Kraft?

Bria was present at this meal, but the photo I took of her is unflattering and is hereby not allowed on my blog. That’s what I get for having a 7th grader.

We spent a bit of time in the gift shop, where the girls were enthralled with everything, but mostly the rocks. And then we headed back to our campsite and tucked in for the night. We were one tired bunch, and we had a lot of site seeing to do in the morning!

No.
Next Post: Back-to-School Feast and Family Theme: Put Your Shoulder to the Wheel

If you and I went on a vay-acy together, we'd fight over the atlas. 🙂 And yes, it is so frustrating to buy Kraft dinner in a reataurant! Ugh, make it already.