I have been blessed with an amazing husband who will literally do anything for me. I chose this photo because it illustrates how willing he is to serve me so well. We were in Chicago, waiting to get on a train to go into the city to watch the Chicago Symphony. I realized it was a little bit nippy out, and I had left my coat in the car, which was parked pretty far away. All I had to do was mention that I was bummed that I left it, and he was off to fetch it for me. It was a good thing the train was late, or we would have missed it because of his gallantry! And if we had missed the train, we would have been late to the concert, and for The Maestro to risk missing a Chicago Symphony concert it has to be something big. 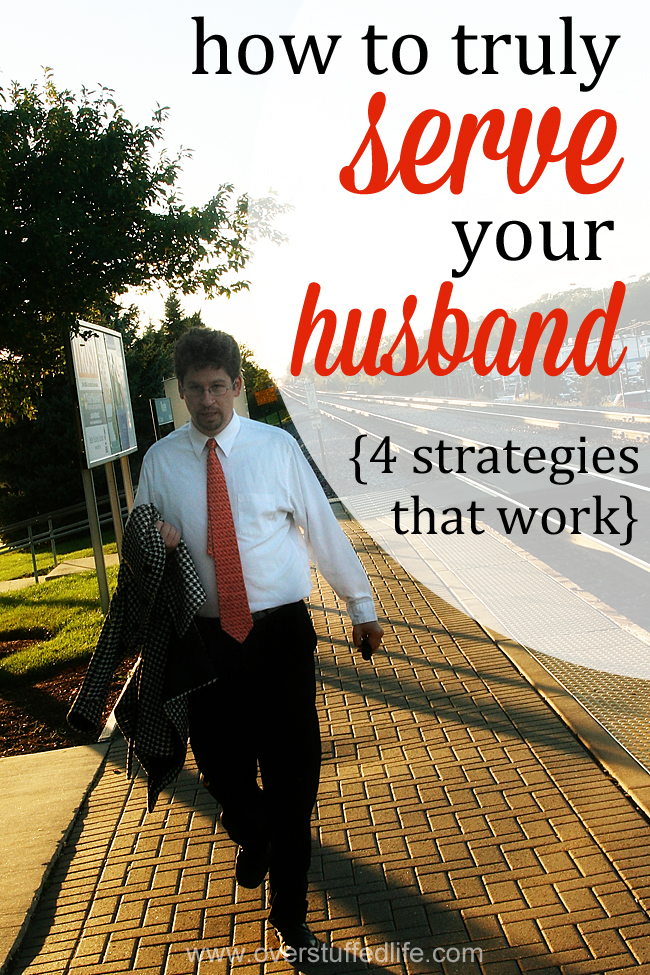 Seriously, he serves me so much and so well, that I feel like a spoiled princess half the time. Did I mention he’ll do just about anything for me? He loves me that much and is just that kind of guy.

I, however, do not serve him as naturally as he serves me. It isn’t that I don’t want to serve him, though. It’s that I have a tendency to get so overwhelmed and wrapped up in my own stuff that I don’t see his needs or notice the many ways I could serve him. So this serving my husband thing is something I am always working on.

Serve your husband the way he wants to be served.

As I have worked on it, I have realized that serving him the way he wants to be served doesn’t have to be difficult at all. In fact, if you just pay attention, you’ll know exactly what your husband needs.

You can learn an awful lot by just watching. I can tell whether The Maestro is stressed about something at work or if he is overwhelmed with grading (husbands get overwhelmed, too!). When I notice these things, I try to think of something I can do that will help ease his load a little bit. Maybe it’s taking over dinner duty (that’s his job at our house) or maybe it’s showing up at his office with his favorite Subway combo. It could be something as small as cleaning up after the little messes he makes without complaint, too. Just watch, and you will start seeing hundreds of things you can do to make your husband’s life easier.

Are you really hearing it when your husband tells you what he needs? My husband often recites all of the things he needs to get done when he is stressed. I could just be sympathetic and go and do my own thing, but I could also really hear what he’s saying. He is saying “This is what I have to do, is there any way you could do something on this list for me?” He may not even realize that is what he is saying, but you can read between the lines. And you should read between the lines.

Yesterday was Bria’s birthday and she had requested a German chocolate cake. I came home for lunch and found The Maestro frantically working on his rehearsal for that night and the cake not even started. He then ran down his list and he said he didn’t know how he would get the cake done. I will admit, I was a little bugged because I had to work and I didn’t know how I would do it either!

But after lunch I realized that what I needed to do was cancel a lesson so I could go home and do the cake for him. And that is exactly what I did. It was a sacrifice on my part, but one I was willing to make for true love.

If all your observation powers fail you, just ask. There’s nothing wrong with that! And the best part is, you’ll know exactly what he needs and there will be no guesswork involved. A simple “What can I do to help you today?” goes a really long way towards improving your marriage relationship. It also helps you both learn to communicate better.

I know that not all husbands are as willing to serve their wives as mine is. But when your husband does serve you, you should thank him. I have sometimes taken all the princess pampering I get for granted and it has hurt my husband’s feelings that I wasn’t grateful. It’s amazing what a simple “thank-you” can do!

A couple years ago I texted my husband and thanked him for something I had noticed he had done in the house. Later, he told me that the text made him feel so appreciated and loved that he couldn’t wait to do something else for me.

I know that showing gratitude doesn’t seem like a way of showing service to your husband, but it is. The thanking doesn’t have to be for things he does out of the ordinary, either. Try sending him a text telling him how grateful you are that he goes to work each day to provide for the family. Stick a note in his lunch thanking him for being such a great father to your kids.

Service goes both ways, and a happy marriage includes a lot of it.

Here are a few good books about loving our husbands better (because that is what service truly is!):

The Proper Care and Feeding of Husbands by Dr. Laura Schlessinger

The 5 Love Languages: The Secret to Love That Lasts by Gary D. Chapman

(This book even talks about how acts of service is a legitimate love language!)

His Needs, Her Needs: Building an Affair-proof Marriage by Willard F. Jr. Harley

The Love Dare by Alex Kendrick

What do you to to serve your husband? 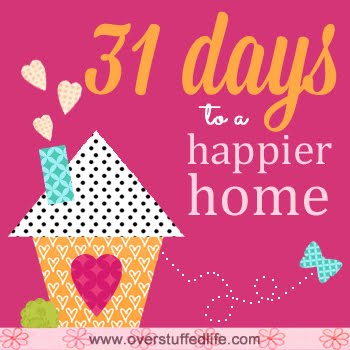 8 Ways to Make Your Child’s Birthday Special
Next Post: 50 Ways to Say “I Love You” to Your Children