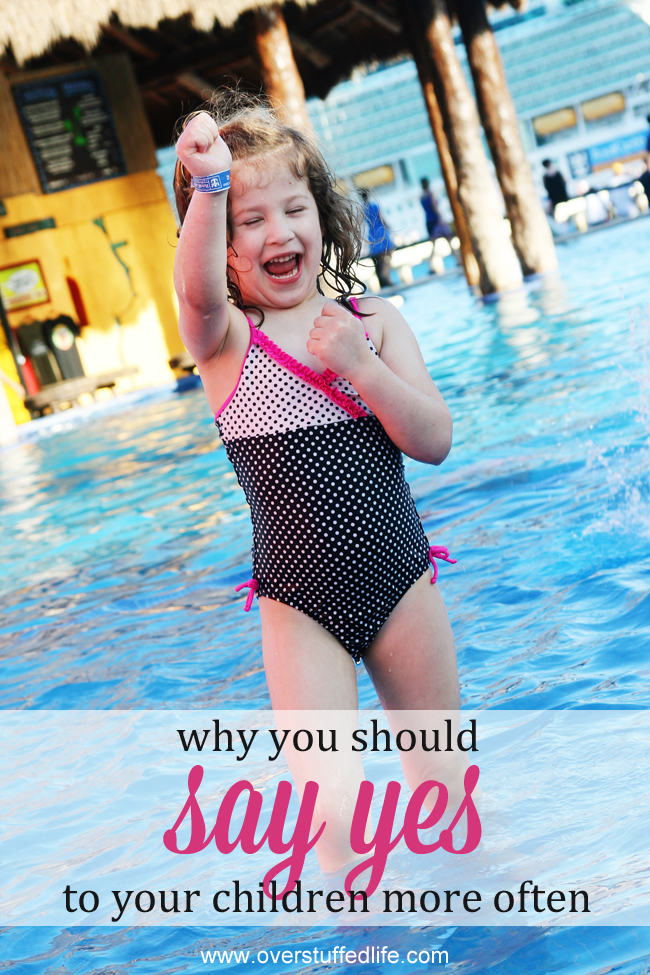 “Mom! Can I invite Elizabeth over?”

“Mom! Can I watch a movie on Netflix?”

“Mom! Can you please buy me new shoes?”

“Mom! Can I use your markers to do an art project?”

“Mom! Can I ride my bike outside?”

I am bombarded with hundreds of requests from my children every day. Frankly, they are exhausting. My knee-jerk reaction is often to say no because I don’t want to have to deal with the aftermath.

If Sophia has a friend over, I know that they will play dolls and create an elaborate doll world and getting them to clean it up when they are done will be difficult if not impossible. It’s so much easier to just not have a friend over in the first place.

If the kids make themselves a snack, they will also make a mess in the kitchen. Same with using my markers for an art project, only the mess will be all over my office, and they will not put the markers back into the organized and color-coded order I prefer.

I don’t have money budgeted for new shoes, I worry about them riding their bikes outside, I don’t like them to spend too much time in front of the TV.

And the list of reasons for saying “no” goes on and on and on.

But should I be saying no to my children all the time?

I should be telling them “yes” as often as possible, and saving my no answers for when I have a really good reason. While my knee-jerk reaction to the requests of my children is almost always “no,” the reasons are usually selfish. In the past few years I have tried hard to think of what is actually best for my children and give my answer from that perspective.

Sometimes I still have to say no—my Celiac daughter can’t eat gluten, for instance. The answer is always no. Sometimes there are strict family rules—and good reason for having them—and the answer to those requests will always be no, too. Sleepovers fall into that category. So do setting the house on fire and punching holes in the wall.

But, if it all possible, I’m trying to say yes. Saying yes shouldn’t be about spoiling a child and giving them every single thing they want. Instead, it should be about teaching them life skills and helping them to be better adults.

1. Saying YES tells your children you trust them.

“My mother taught me some basic philosophies of rearing children. One is that you have to trust them. I tried hard never to say “no” if I could possibly say “yes”. I think that worked well because it gave my children the feeling that I trusted them and they were responsible to do the best they could.”

Don’t you just love that? I do. And I try to remember it often.

Since one of my big issues with saying yes is the fact that I know my children will make a mess, I am showing them that I trust them to clean it up when I say yes. If they don’t follow through, the next time they ask to do something, I remind them that they didn’t hold up their end of the bargain before and I don’t feel as bad saying no. But usually they promise to be better, and they are.

Don’t be afraid to make your yes conditional. This is how kids learn to be trustworthy.

“Yes, you can go ride your bike, but not until your homework is finished.”

“Yes, you can have a friend over, but you have to make sure you clean up after yourselves.”

“Yes, you can make yourself a snack, but dinner is in one hour, so make it a small (and healthy) one. And clean up after yourself!”

2. Saying YES teaches your children to be more responsible.

Just yesterday, Bria wanted to go to the high school football game. I wasn’t really excited about that because she has been so crazy busy lately that I’ve barely even seen her this week. Because of her crazy schedule she hasn’t kept up too well on her chores and violin practice. So, instead of saying no, I told her she could go IF she practiced for an hour and cleaned up the kitchen. She did what I asked, and got to the game at half-time.

Related: 16 Things Your Teenage Daughter Needs to Hear From You

She could have been really mad at me that she missed so much of the game, but she wasn’t. She knew that she had responsibilities at home and that she hadn’t done them. She understood that going to the game was a reward for being diligent and doing what she had been asked to do.

In the end, we both won. She got to the game and be with her friends, and I got a clean kitchen. Which I cared much less about than the fact that I also got a daughter who took another step towards becoming a responsible adult.

3. Saying YES helps your children to develop their talents.

If I constantly said no to my children, they would never learn much of anything and many of their talents would go undeveloped. So, when they come home and say they would like to try out for the middle school play, I am thrilled. Even though I also groan a little bit because I know it will make my own life more difficult. Play rehearsals every day, helping her to memorize lines, being there for her at the performances. All of it is a sacrifice on my end.

But on her end? It is magical. It’s a chance for her to see if theatre is something she loves. What if my mom had told me I couldn’t try out for the middle school play? If she hadn’t let me take voice lessons or dance lessons? I wouldn’t have developed my talents and I wouldn’t have majored in vocal performance and I wouldn’t be who I am today.

Instead, my mother sacrificed her time and money to make sure that I had those experiences and opportunities. And she did the same for my brothers and their interests. Did we stick with everything that we tried. No. I lasted one season in softball and only one game in basketball before I realized that playing sports wasn’t my thing.

My girls have surprised me with the things they’ve ended up trying, being good at, and ultimately loving. They’ve surprised me a lot! And I love nothing more than going to soccer games and music recitals and whatever else they’re doing to see the talents they have developed.

Even though it means I spend entire afternoons chauffeuring them around and that I spend a large chunk of money on their activities, I absolutely love seeing the final results of my sacrifices.

4. Saying YES helps them to learn to work for what they want

Sometimes you really can’t afford something, or you really don’t have time for it. That’s okay. You can still say yes—with the condition that your child come up with a solution.

“Yes, you can get that toy, but you’ll have to pay for half of it.”

“Yes, you can go to that music camp, but I’ll need you to help fundraise to pay the tuition.”

“Yes, you can take dance lessons, but we’ll need to drop another activity to fit it in.”

“Yes, you can invite a friend over, if you do your chores first.”

Put the responsibility on them. If they really want something, they’ll do what it takes to get it. And if they have to do the work for something, they will appreciate it that much more!

So, next time your kids are bombarding you with questions, think of ways you can say yes instead of giving into that knee-jerk “no.” You might be really glad you did, because your kids will prove themselves trustworthy, responsible, talented, and hard-working.

And what parent would want to say no to that? 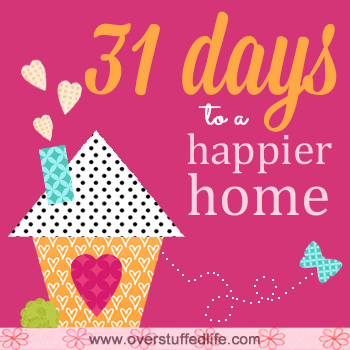 Make Your Home Happier With a Family Calendar
Next Post: The One Secret to Finding a Chore System That Really Works