Home » travel » Dolphins. And Swimming. Just Not Together. 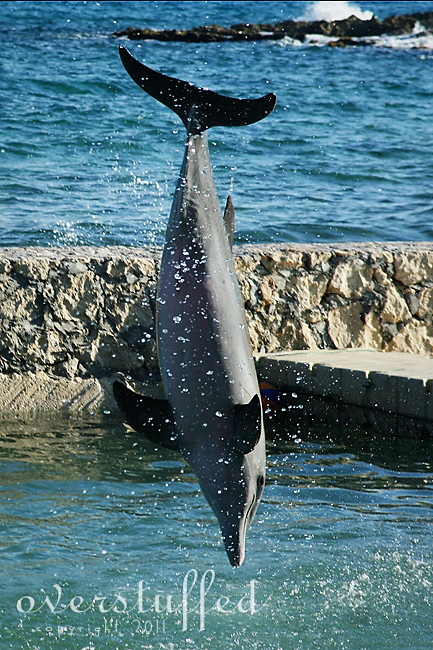 So….picking up where we left off.

After we returned with Bria from visiting the Mayan ruins, we ate lunch on the ship and then picked up the other two kids from the kids’ club and headed back on shore.  The Costa Maya port was pretty boring right off the pier, but since that’s where they had the swimming with the dolphins (which was way too expensive, or we would have done it), we figured the girls would love to sit and watch them for a while. 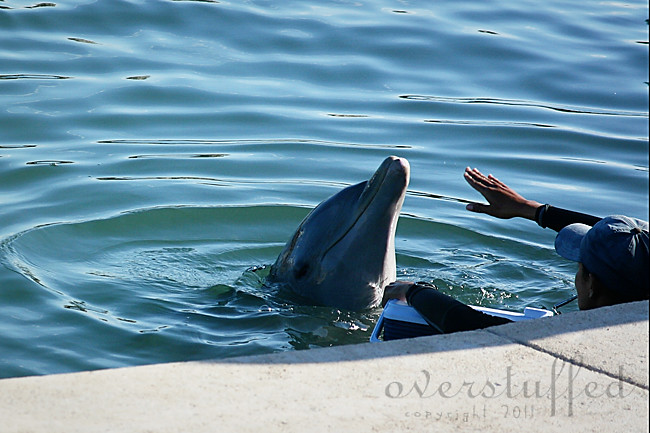 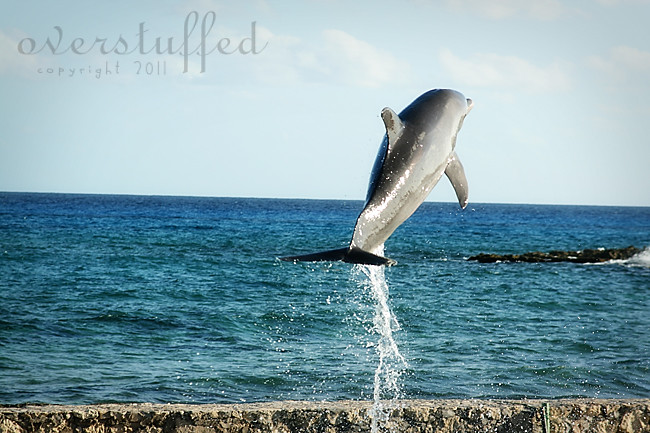 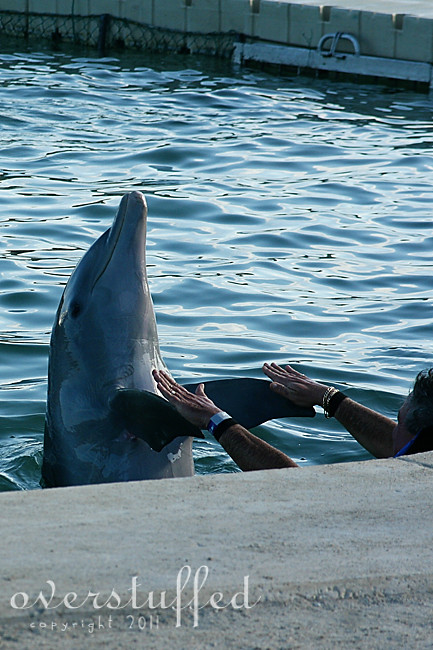 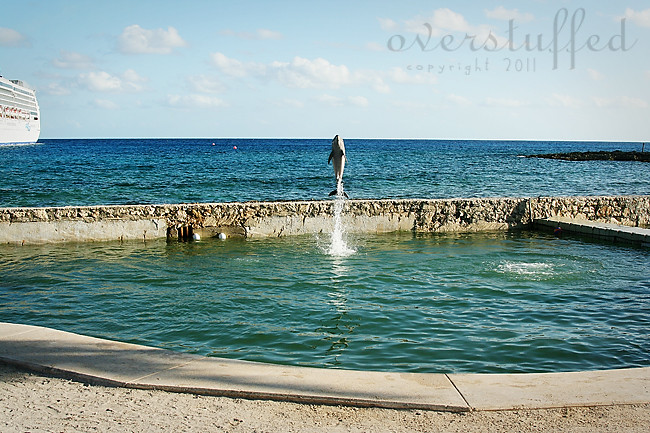 And while they did rather enjoy the dolphins, they seemed quite a bit more intent upon gathering seashells from the “beach” we were on. 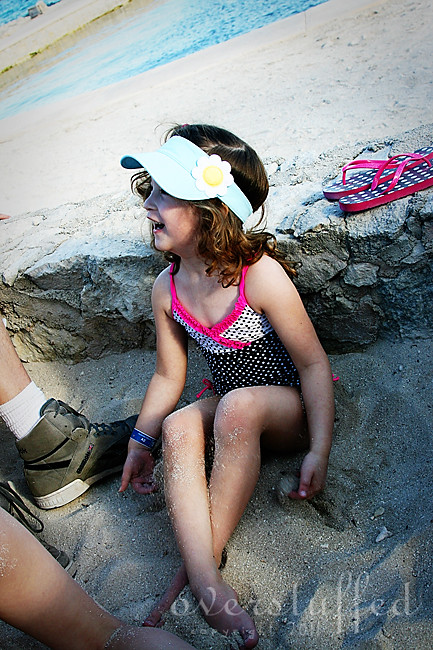 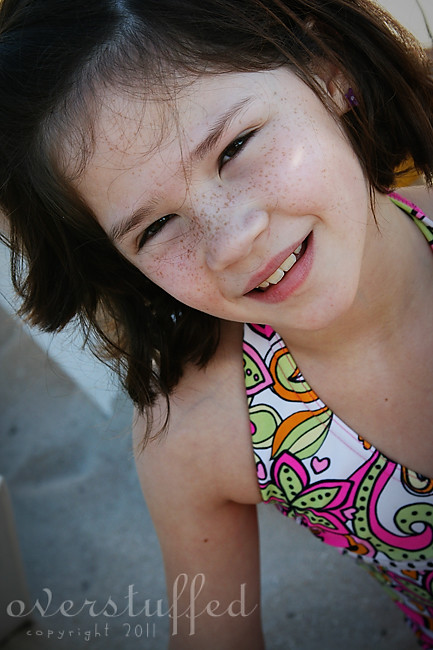 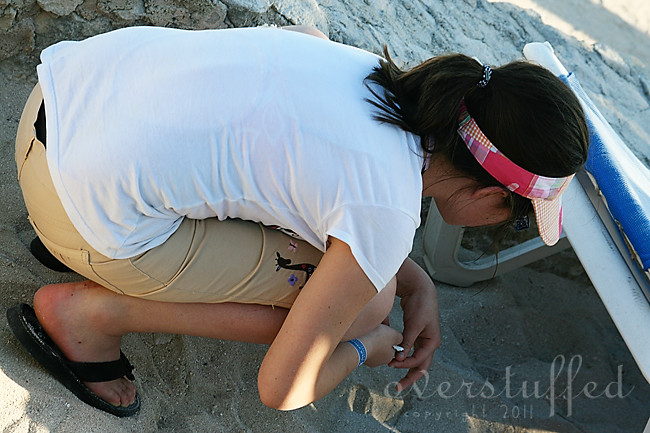 After they were sufficiently bored of the dolphins, we headed over to the fun pool that was there right on the “beach.”  It was surrounded by bars, and so my brother called it the alcohol pool.  Luckily, we only had about 45 minutes before all aboard, so it really wasn’t very crowded any more and we had it largely to ourselves.

Sophia and Chloe had a lot of fun playing in the water (and thankfully Miss Chloe had gotten over whatever she was angry about by now), while we just sat in the warmth and enjoyed watching them. 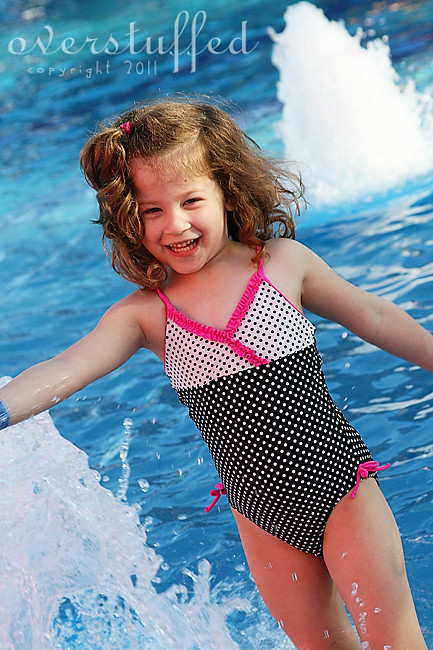 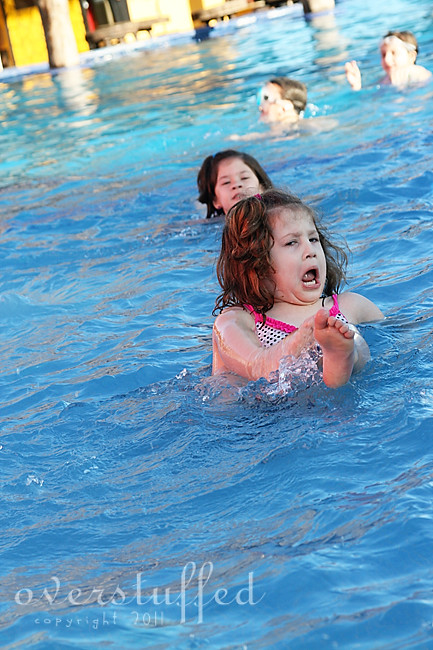 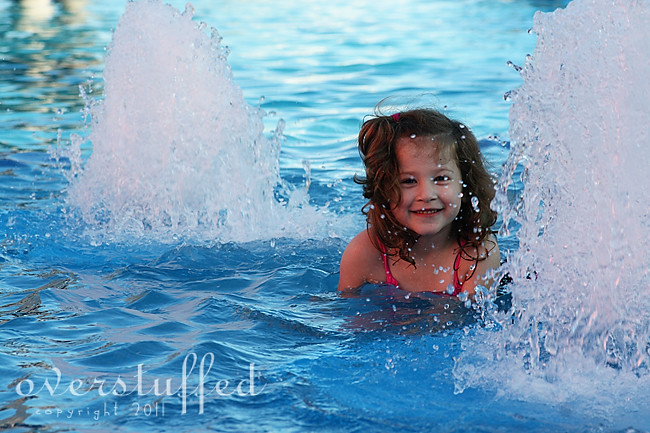 Oh, and not many pictures of Chloe because Sophia is a camera hog and upstaged Chloe at every chance she got.  She is very aware of the camera and poses her little heart out.  It’s cute, but it would be nice to have proof of my other children, too. 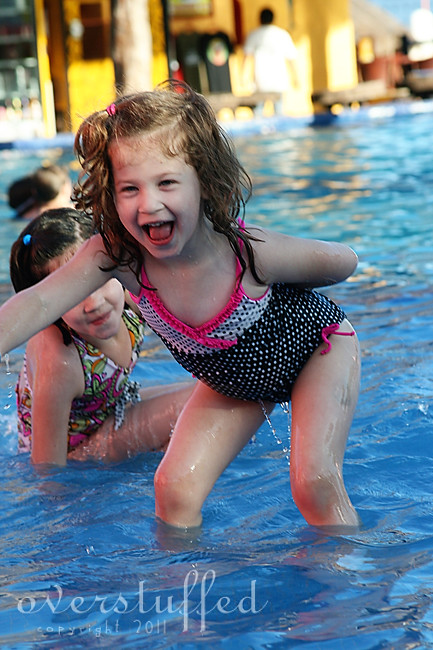 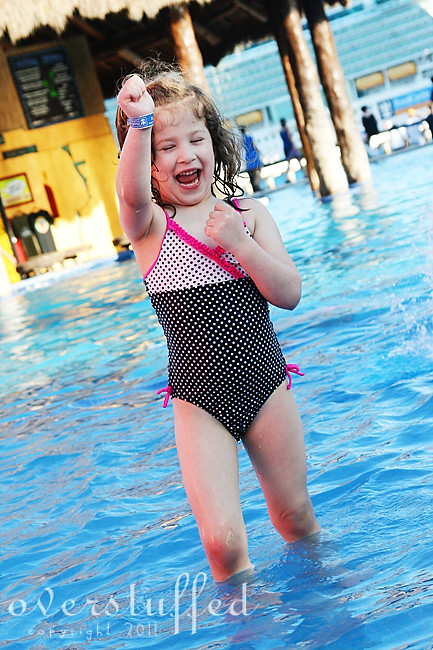 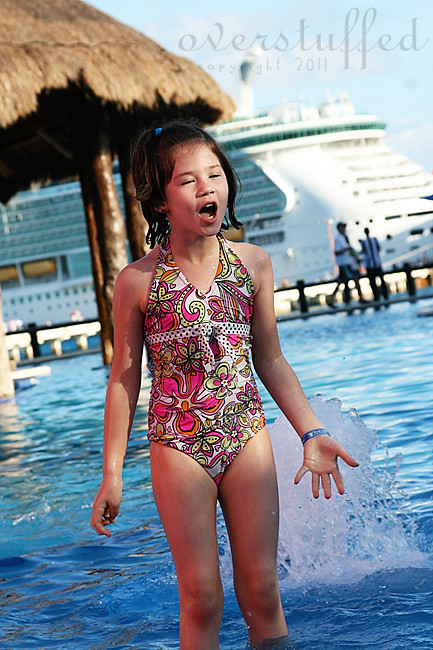 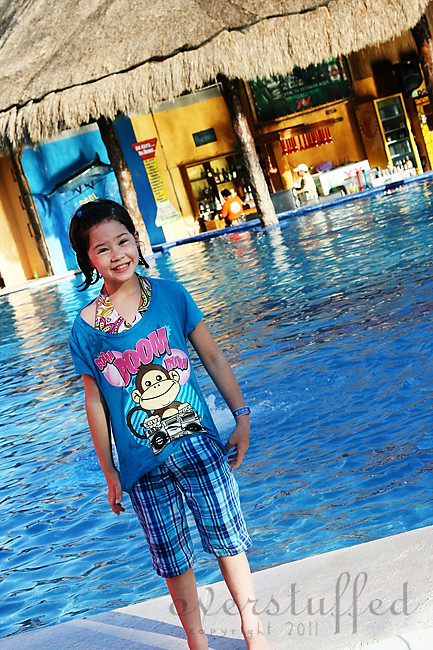 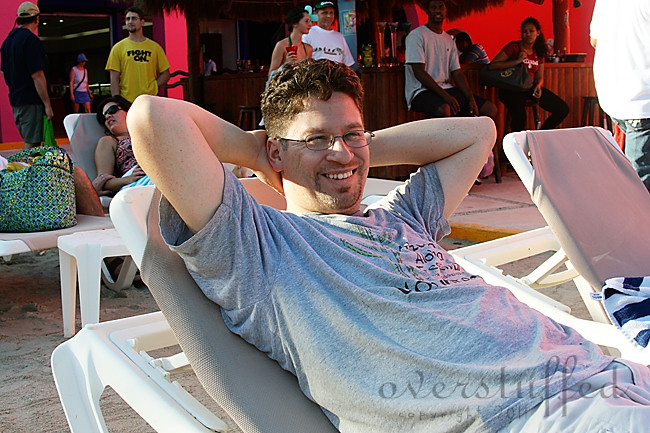 And, just in case you’re wondering where on earth Bria was, well, she was totally obsessed with finding seashells. She didn’t even dip her pinky toe into the pool, and I am doubting she even noticed its existence. 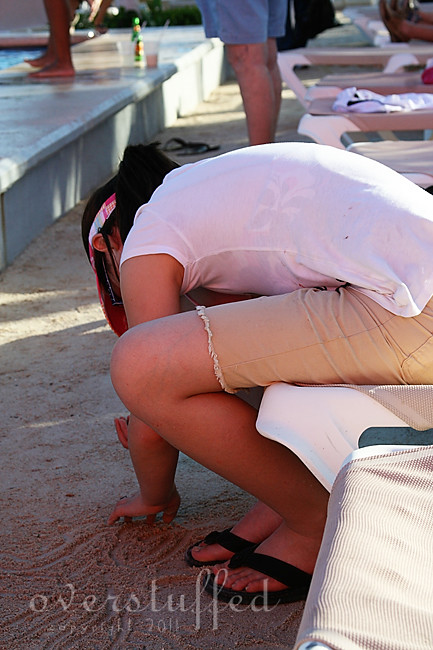 But, hey!  She did find lots of pretty shells.

Phewsh!  Only about five more days of vacation to go!  More to come….

The Battle Hymn of the Tiger Mother
Next Post: Belize: How a Baboon Pooped on My Head and Other Adventures »
Subscribe
Login
13 Comments
Inline Feedbacks
View all comments

It looks like you all had a wonderful time!!

I'm kind of jealous of Sophia's swimsuit—do you think they have one in my size? 🙂

Yeah, cute suits! And swimming with dolphins is just the kind of thing we never do when we're on vacation. Eating out is enough of a splurge for us and we do plenty of that while on vacation. 🙂

Sounds like a great time and such beautiful pictures!!!

this looks SOOOO fun! 🙂 I really can't imagine… I love dolphins, they make me cry (and I said that BEFORE Hootie and the Blowfish)

How dreamy it would be to swim with dolphins. Really. But I think I would be satisfied to see them in their natural habitat. And shells over swimming is an interesting choice. But to each her own. I am sure I did weird things like that when I was a kid, too. Oh what a wonderful time you had! I am so glad.

Oh, surrounded by bars. I thought you meant.. you know… bars.

Love these photos. And swimming with the dolphins would be quite the experience!

Your girls are darling.

I can't believe your awesome pictures. That one of the dolphin flying through the air? Holy cow. Er…dolphin!

Chloe might be a camera-hog but she's so bloody darling I'm cool with it. 😉 All of the girls look beautiful. And do you have any idea of how great your legs are? Seriously, Lara!

This all looks fab right about now in the heart of gloomy winter.

I don't care how expensive swimming with dolphins is – I WILL DO IT ONE DAY! Shouting in all caps makes it true

Sometimes I'm so girly; I get all squealey and worked up every time I see horses and dolphins. Horses, dolphins, dolphins, horses. SO. GIRLY. So yeah, I totally get the appeal of swimming with dolphins, although I, too, would probably balk at the price. Thanks for providing such great photos through which to live vicariously!