Long time readers are dropping dead right now. Yes, the last time I tried to finish up blogging about this dang vacation was in December of 2013. Maybe something about all the new snow makes me want to reminisce, or maybe I’m just tired of trying to come up with new content and this seems easier.

Either way, I’m actually writing a post about our Epic Vacation!! Day 13 marks the halfway point, so don’t get too excited, because I’ll probably be blogging about this vacation for 100 more years.

So. Day 13 found us docking in Skagway early in the day. We ate breakfast and got off the ship with all the kids but the two little girls, Sophia and Estee.

I was fascinated by all the graffiti art that was on the cliff near the pier. So fascinated that I took way too many photos! 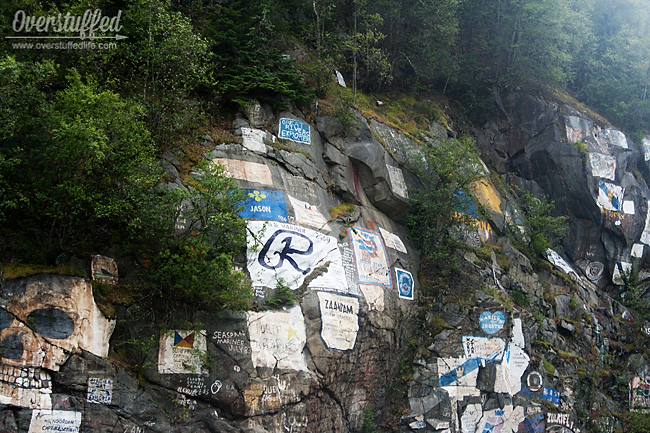 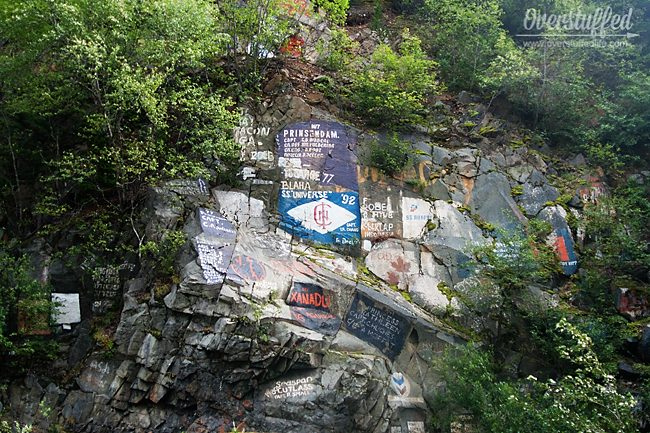 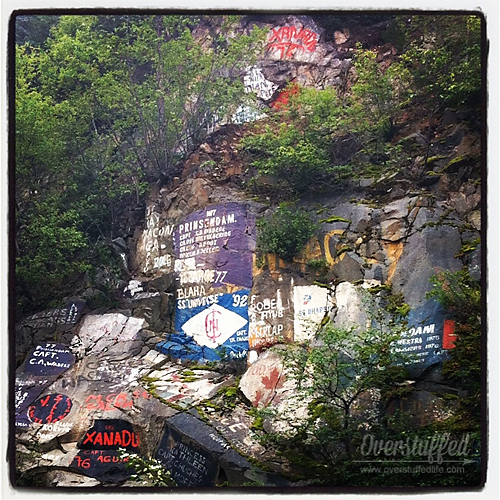 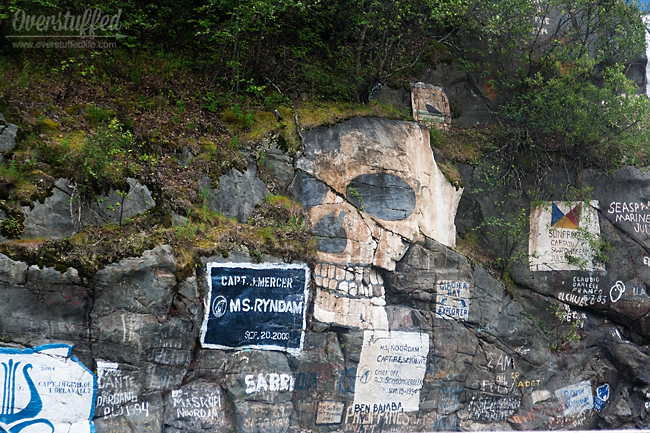 I mean, check out that skull! So cool!

The first thing we saw as we moved off of the dock was the railroad, famous for its role in the Klondike gold rush. 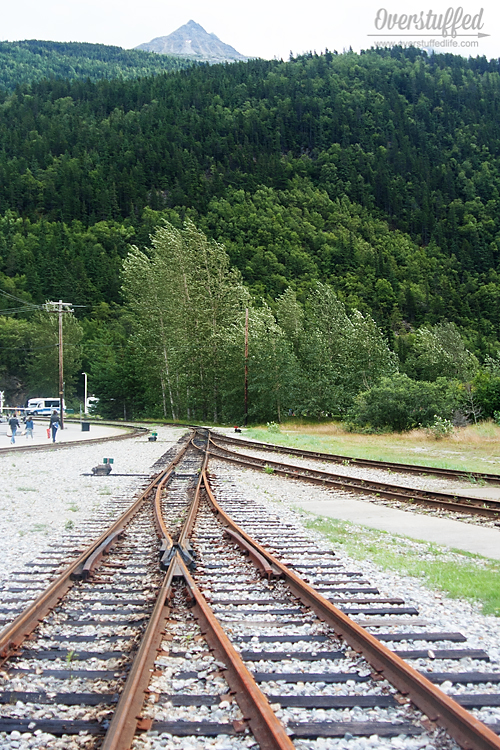 The kids had a great time climbing on the railroad cars and posing for photos. 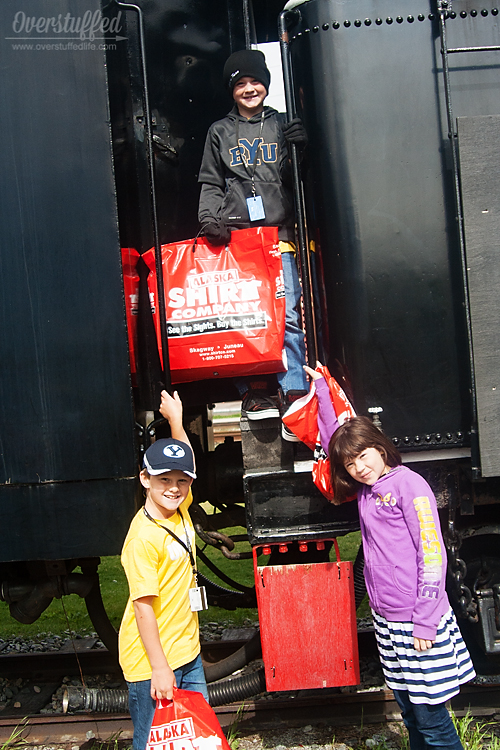 The Three Musketeers, Chloe and her two cousins Tychon and Daxton. She and Tychon were born exactly a week apart, and Dax came 10 months later. They all adore each other. 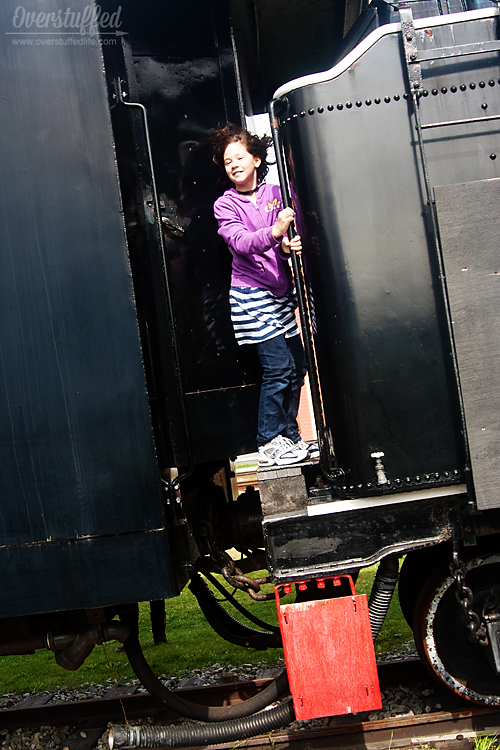 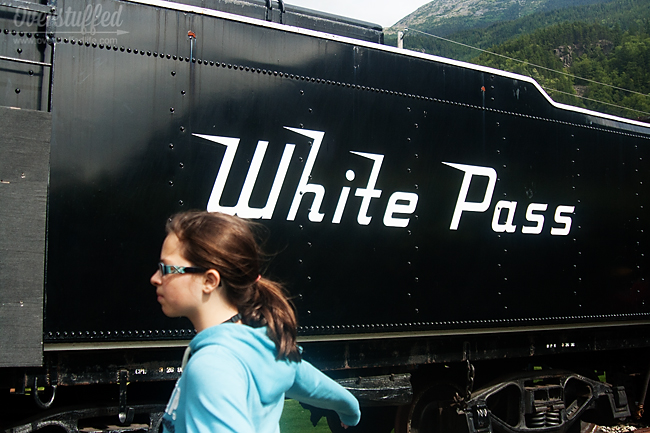 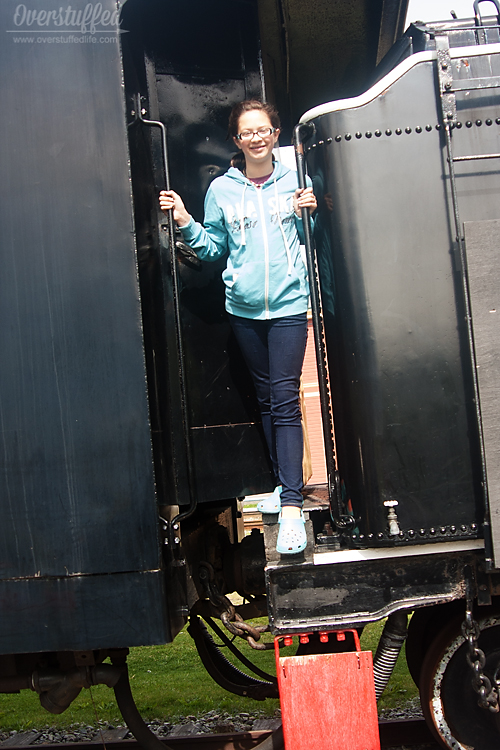 And I love this photo of Bria helping Chloe down. So sweet. They really do love each other. 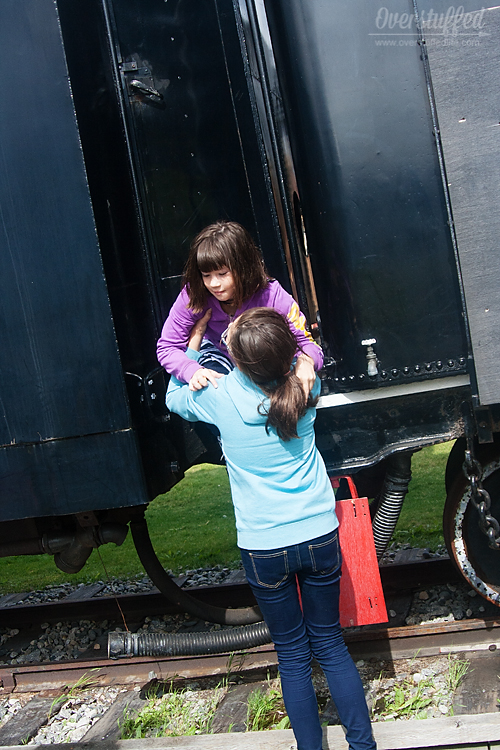 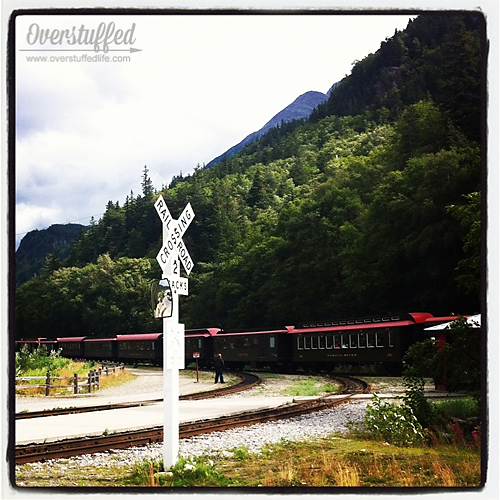 After we had our fun exploring the train, we headed to the Visitor’s Center and learned all about the Klondike. Fascinating stuff, most of which I never really knew (or paid attention to) before. We also got the girls’ National Park passports stamped at the Visitor’s Center.

Then we went shopping in the cute little downtown.

There was a chocolate shop, of course. The Maestro and I spent some time in there buying bear paws and wolf paws and such. 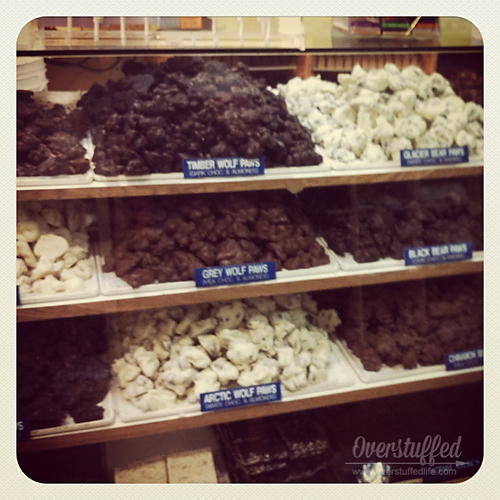 We found Sergeant Preston’s Lodge, and all of the Preston boys posed in front of it. 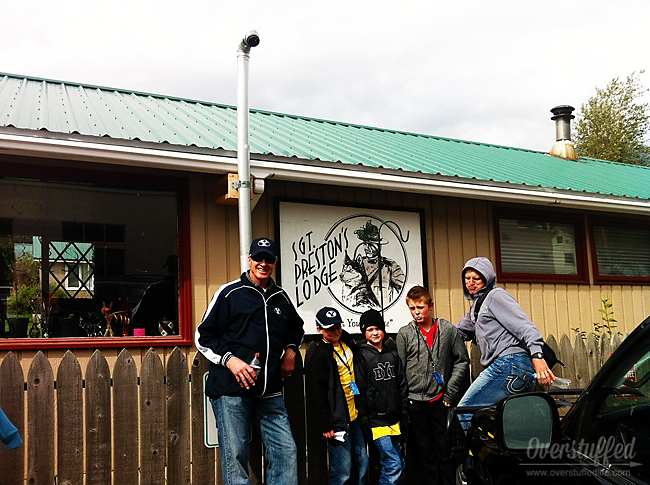 Don’t ask me what my brother is doing in that photo. Unfortunately, it’s the only photo I took of the Preston boys at Sgt. Preston’s place. Rest assured that whatever it is he is doing is a VERY Preston thing to do.

I mean, the littlest Preston boys prove that with their fascination of the “butts” label on the garbage cans in downtown Skagway. 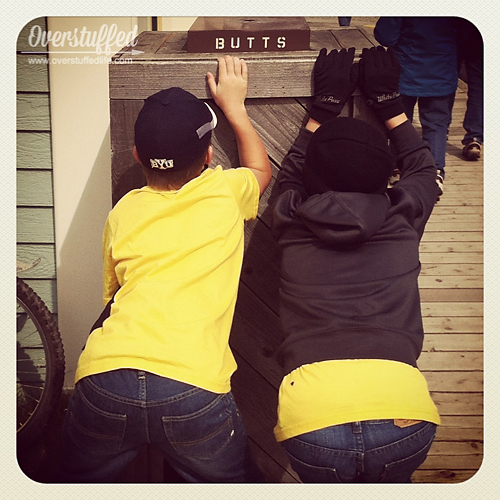 I actually think that may be my favorite photo of the day. Possibly the whole vacation. I can’t help it, I’m a Preston, too.

After we played around downtown, we got back on the ship. But first, a quick photo in the wind… 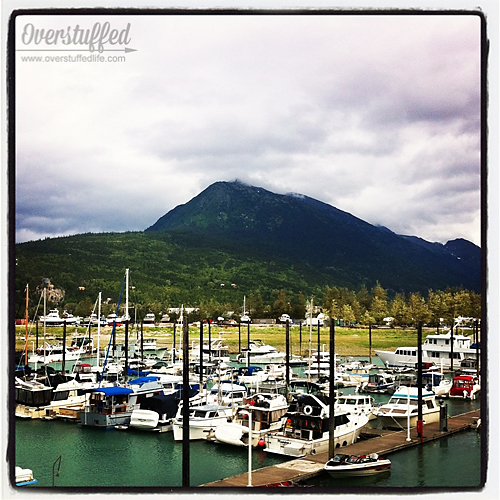 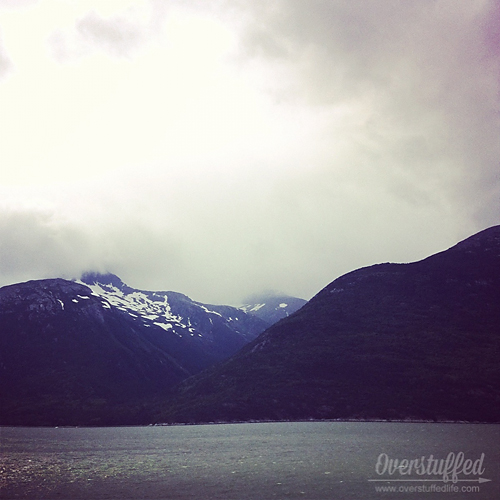 I love this photo of us walking back to the ship. It gives you some idea of what it was like herding all the kids around Alaska! 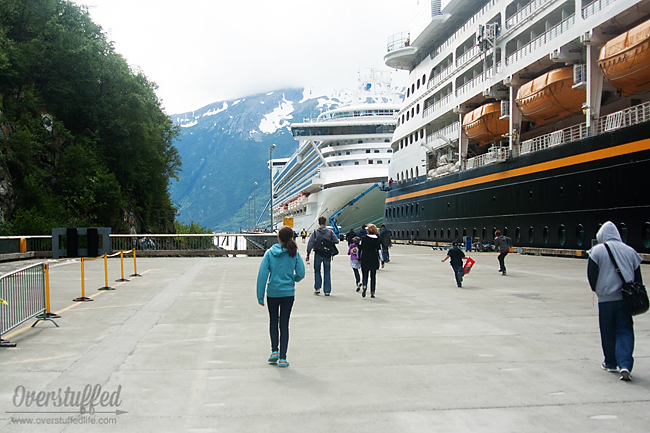 And you know, just one more of the awesome graffiti cliffs, too. 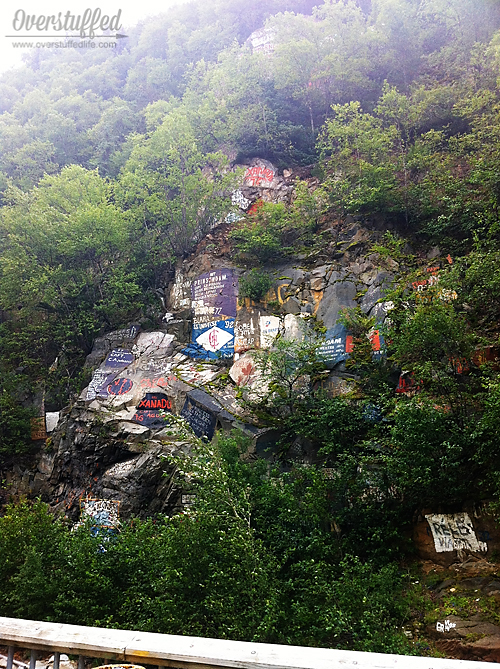 Once back on the ship, we headed to play trivia, which is The Maestro’s and my favorite ship activity. The rest of the family enjoys it with us, too, and we have a lot of fun.

For dinner that night (and we were so terrible at taking photos onboard the ship), The Maestro and I ate at the Crown Grill, which is a paid ship restaurant. It was nice to sit together and watch all the glaciers pass by the window. Also, our waiter was Romanian, so that was cool for us.

After dinner we had an adult NIGHT OF FUN!

We played Pop Music Trivia, and my brother Dave had to show off his Greased Lightning skills in front of everyone. The Maestro has a video, but when he tried to send it to me, it was just the first frame, and I am too lazy to figure out the problem. So just imagine him pulling an awesome John Travolta move. 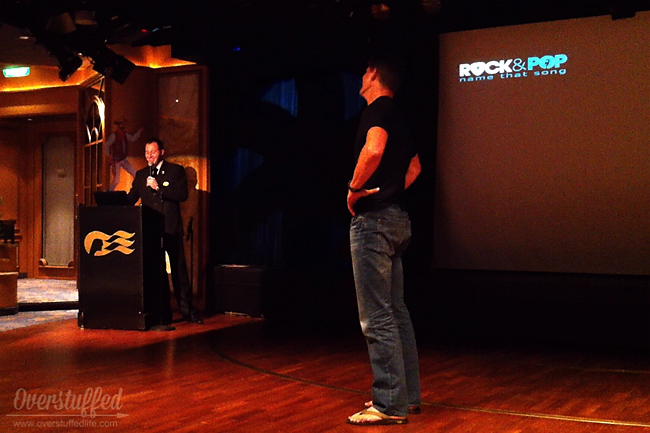 After we won a bottle of wine in trivia, we learned country line dancing. (Bria and Brayden got to be with the adults that night.) Don’t worry, we gave the wine to someone else.

And then my brothers made me sign up for the Karaoke contest. I actually really stink at karaoke. Partly because I am an opera singer and they do not usually have opera arias available. But, I looked through the gigantic book and saw they had “Think of Me” from Phantom of the Opera. So I sang that.

I had no idea we were being judged and might go on to win the title of Karaoke Superstar of the Entire Ship. 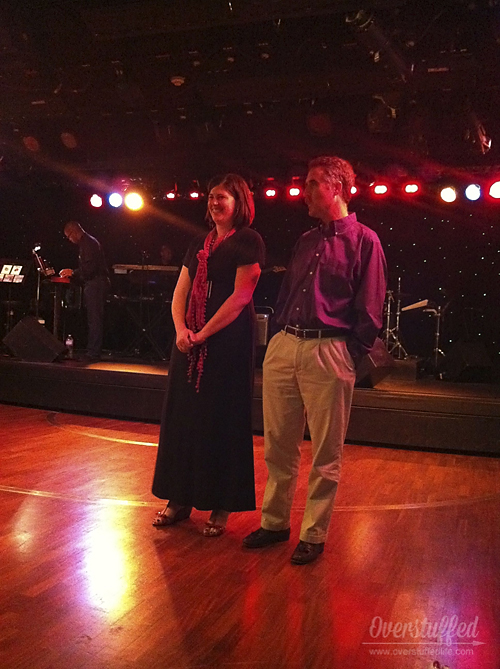 But, I did win that round. Along with a guy who gave an incredible performance of Billy Joel’s “Piano Man.” We were to report back a couple days later for the finals. I’m not going to tell you what happened…you’ll just have to be in suspense until I actually get around to writing about it.

After Karaoke we probably got our normal midnight ice cream and headed to bed.

I LOVE LOVE LOVE your epic vacation posts, what a beautiful country you have!

Thanks so much, Bea! It is truly beautiful–I hope to actually see it all one day, but that will mean a few more epic vacations! 🙂

With both teenagers and toddlers in our family, I struggle to find a way to balance their activities and schedules in a way that works without sacrificing important family time.

I tend to get my writing done during graveyard hours which is the only time i have to devote to it, but it's been leading to a lot of late night snacks, and I definitely need to break that vicious cycle as I can't change my writing hours right now!