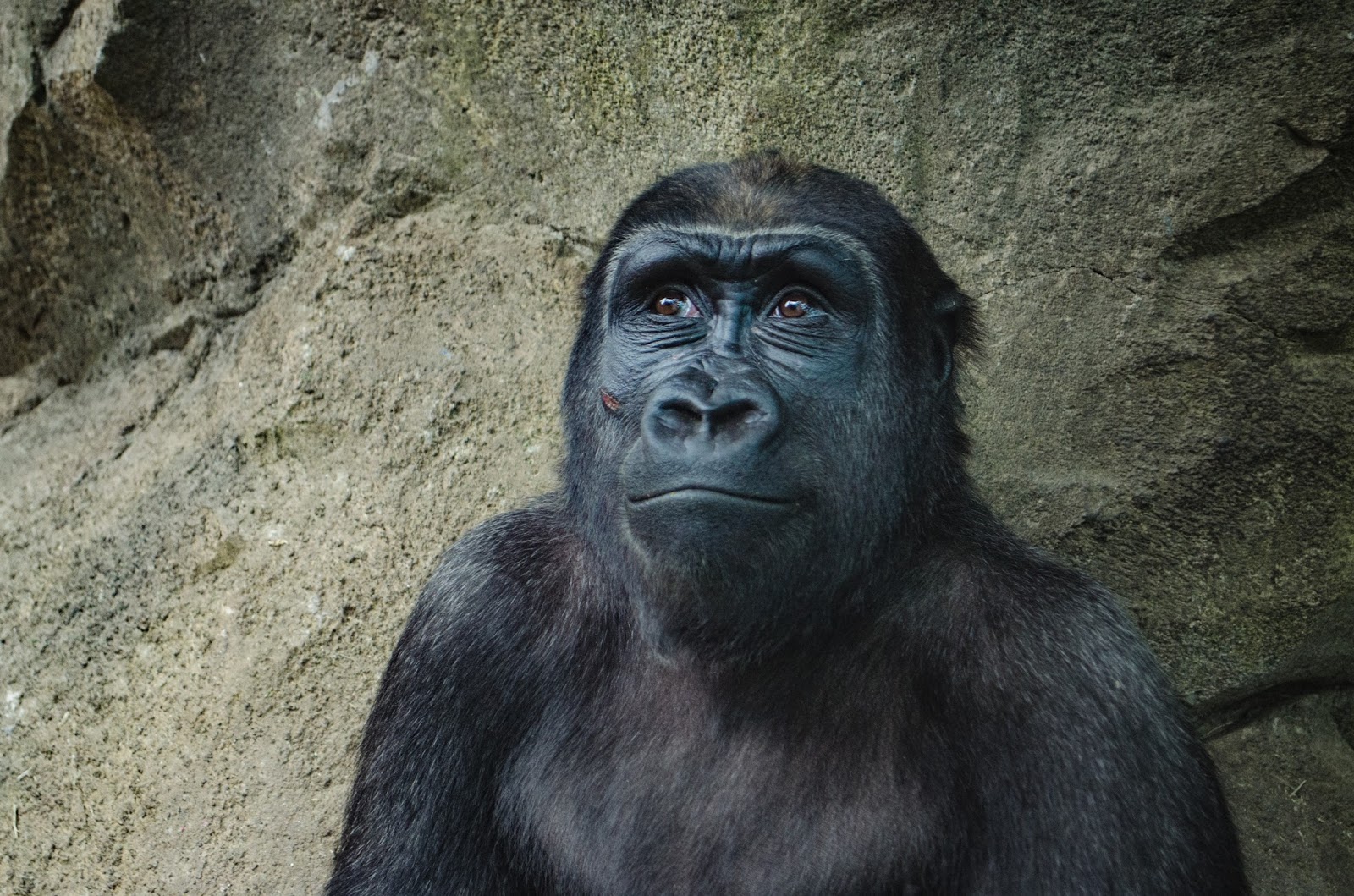 It’s everywhere—all over the news and social media—Harambe, a silverback gorilla at the Cincinnati Zoo, was killed in order to save the life of a child who had managed to get into his habitat. I have watched the videos and read a few articles, and while it is so very sad that a beautiful and endangered animal had to lose its life, it is clear to me that it was absolutely necessary.

What mother in her right mind would actually allow her 3-year-old child (maybe he was 4) to climb into the enclosure of a wild animal who is unpredictable and stronger than 10 human men? 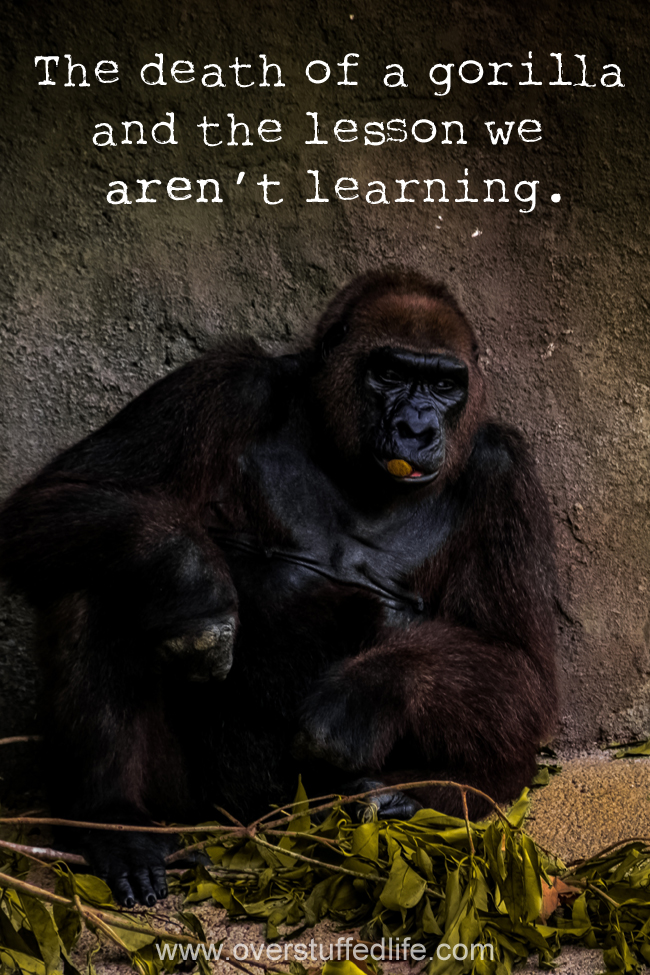 And that’s just it. There are comments on the internet that claim this poor mother wasn’t in her right mind and thought it would be a great idea for him to do that. There are other comments that say that she even encouraged him to climb in, hoping that the gorilla would kill him. Still others that say the mother and/or the child should have been shot in the stead of the gorilla.

There are other, tamer, comments that say she was a just plain terrible mother, the child should have been on a leash, she clearly wasn’t watching him, and that she should be investigated by child protective services immediately. In fact, there is actually a petition going around that has tens of thousands of signatures on it asking for such an investigation into this mother’s poor parenting.

According to the people of the internet, the lesson to be learned here is this:

Good mothers are perfectly attentive and never lose track of their children.

At first, I thought the same. I judged this woman a little bit for losing track of her child in a public place. I judged her for not noticing that her child had climbed into a gorilla habitat. And I may have even blamed her for the death of Harambe.

But only for a minute.

Because I would hope that I am a good mother. And guess what? I have lost my children more than once. Sophia especially has a skill for disappearing when I turn my head for a split second. And she would have been the kid trying to get inside with the animals if she were to get away from me at the zoo. (This is why I made her wear a leash backpack when she was younger.)

Yes, I have lost my kids in public places. And I know that many, many of my friends—friends I consider to be excellent and attentive mothers—have also lost their children.

In my case, I have always found them pretty quickly. Thankfully no harm has come to them in the few minutes they were out of my supervision, but I was always scared and frantic while looking for them. Kids are fast and they are small! In public places where there are many people, it is easy for them to disappear in the blink of an eye.

Good mothers are attentive. But that is not the lesson we should be learning from the death of this gorilla.

Good mothers are attentive, but they are also human.

I am human. You are human. The mother of the child who escaped at the zoo is human.

I don’t actually think it is possible for a human mother to have her eyes on her child at all times, do you? A mother whose child has escaped her watch does not deserve to be piled on in this manner. She does not deserve to be judged, criticized, or threatened. Believe me, she is beating herself up plenty for losing track of him! What she needs is kindness and compassion extended to her.

And that is the lesson that I think we aren’t learning, but should.

When given the choice between being right or being kind, choose kind.

This is a quote from the book Wonder by RJ Palacio. It’s a quote that has stuck with me since I read it. Many of the internet commenters may be right. They are right that the mom should have watched her son more closely. And they are right that it is very sad that at animal had to lose its life.

But if that “rightness” equals unkindness and hateful words? Stop. Don’t write that comment. Choose kind. And if you can’t be kind, if you can’t somehow extend mercy and compassion, the kindest thing you can do is to say nothing at all.

Isn’t that what your mother taught you, after all? The human mother that probably lost track of you once or twice while shopping or at a public event?

Bottom line: this could have happened to anyone. I am just lucky that when my children have escaped out from under my watch that they didn’t fall into a gorilla habitat.

There but for the grace of God go I.