Home » parenting » 7 Things Your Strong-Willed Child Needs From You

Parenting the strong-willed child is not for the faint of heart. Learning what these spirited kids really need from you makes it easier to honor their unique temperament. 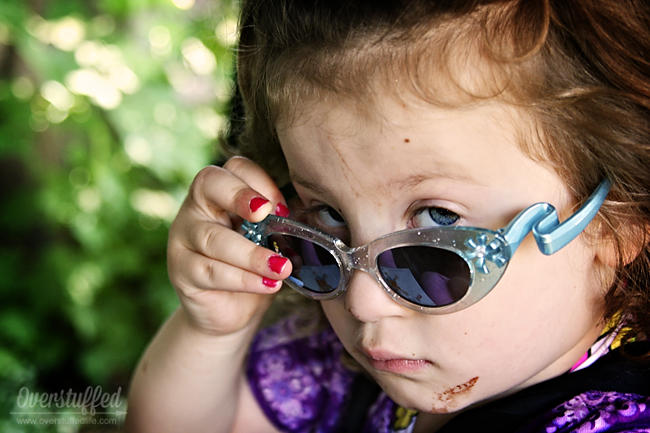 I realized I was dealing with a very strong-willed child when Sophia was still a baby. She had a push to her that my other two children never had. She knew what she wanted and she would do whatever it took to get it—there was absolutely no distracting her or redirecting that desire.

She tested limits, she pushed boundaries, she threw temper tantrums, she challenged me in everything.

Correction: She exhausts me.

She is ten years old now, and still as strong-willed as ever. The only real difference is that now she can use her words to communicate what she wants and she doesn’t scream quite as often—but she still screams sometimes. And she still tests limits, pushes boundaries, and challenges me on a daily basis.

Parenting a child like Sophia is not easy. As her mother I often find myself locked in a battle of wills with her, and it never ends well. I yell, she cries, I cry, she yells and runs to her room and slams the door. All because I asked her to do something relatively simple that she did not want to do. Or maybe I told her she couldn’t do something that she did want to do.

The parenting experts say choices work for kids like Sophia. I’m here to tell you that they don’t.

Mom: “You may have an apple, some cheese, or a banana—which would you like?”

Mom: “You can wear either your red dress or your polka-dot dress to church.”

Sophia: “I want to wear leggings and a dress that’s 2 sizes too small for me.”

Did I mention it’s exhausting?

I know that someday she will be an amazing adult who will do some really amazing things in her life. But for now she is still a kid and my husband and I are the ones who have to help her become that amazing adult.

I’ve learned a thing or two in the last ten years when it comes to dealing with Sophia and her strong will. When I remember to do these things—without letting my emotions get the better of me—things go much more smoothly at our house.

Sophia actually needs these things in the same way she needs oxygen and food. And when she gets them she is a completely different child!

7 Things Your Strong-Willed Child Needs From You

The other day Sophia heard me talking with a friend about how hard parenting can be. She got a little offended and so I teased her about someday having a kid just like her. She shot back, “If I have a kid just like me, it will be easy! I’ll just take her to the trampoline park for six hours every day!”

I shouldn’t have been surprised by her response, but I was a little bit. I don’t crave physical activity the way she does, so it’s always been difficult for me to honor that need in her. While I have learned that telling her to go run 20 laps in the yard will do more to improve her behavior than putting her into time out, I don’t always understand why she’s constantly doing cartwheels and flips in the living room (driving me crazy) or asking to take more dance classes than I can afford.

If you’ve got a strong-willed kid, chances are they need a physical outlet for all that big energy. If they can’t let it out physically, it comes out in temper tantrums or in arguing with you just for the sake of arguing. Send them outside to run!

Or, you could finally break down and buy that trampoline she’s been begging for since she could walk. We got this one on Amazon, and it might just be one of the best purchases we have ever made when it comes to improving Sophia’s behavior. 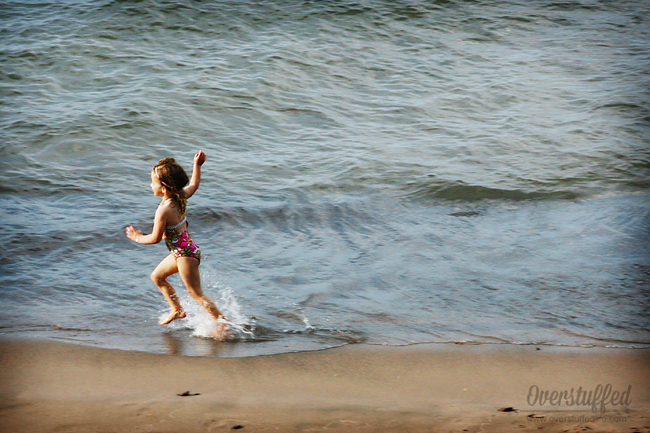 In case you haven’t noticed, strong-willed kids thrive on challenge. If you tell them they can’t do something, they will do all in their power to prove you wrong!

If you are creative enough, you can use this to your advantage as a parent. I can ask Sophia to do something 100 times, and if she doesn’t want to do it she won’t budge. But the minute I frame it as a challenge? She is up and going.

“I bet you can’t get dressed in less than one minute!”

“I bet you can’t finish your chores before your sister does!”

I know those sound a little negative, but the challenge works for Sophia. Whenever we’re a little stuck on something and Sophia is refusing to do what she needs to do, I think about how I can reframe it as a challenge and I am successful most of the time. 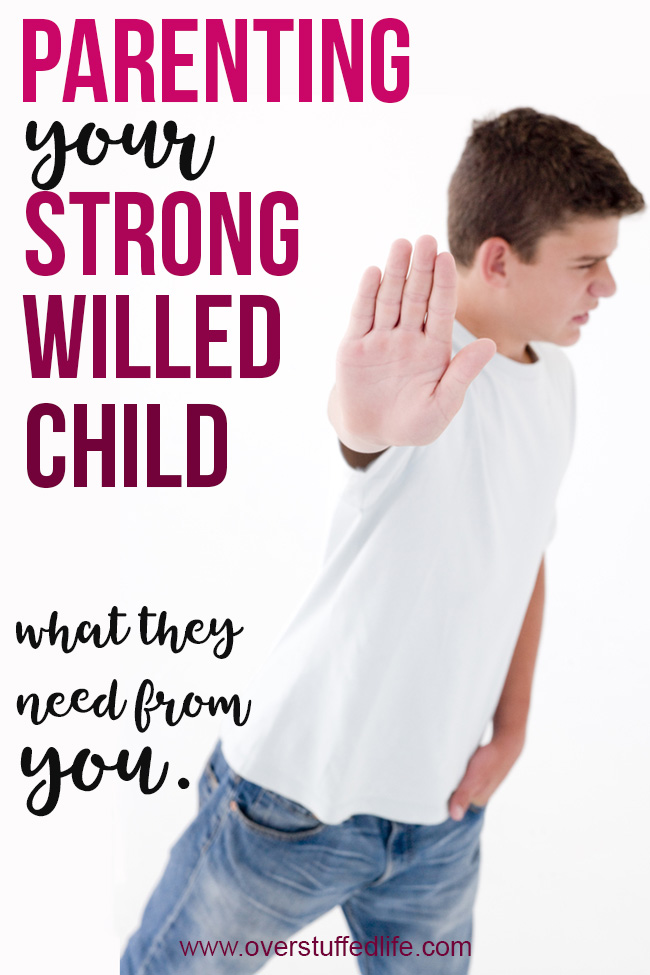 When Sophia was just two, she wanted some scrambled eggs for breakfast. As I got the frying pan going, she pulled a bar stool over to the stove and grabbed the spatula out of my hand. “No! I make eggs!”

I figured out pretty quickly that it was actually safer to hand her the spatula and stand over her in case anything happened than it was to tell her she couldn’t do it. The massive temper tantrum she would have thrown would have burned her entire body.

From then on, she always made her own eggs with me standing over her to help if necessary.

While that might seem like a crazy choice, it was the right one for a kid like Sophia. Strong-willed children crave independence. They do not like being told what to do or having people do things for them. When they are younger, give them as much independence as you can while still keeping them safe, and keep adding more as they get older.

These kids can’t handle just sitting. Strong-willed kids have got to be doing something. If you want to avoid having them turn to electronics, make sure to have projects for them to do based on their interests.

A subscription box full of projects like Kiwi Crates is an awesome way to do this. Every month, your child receives a box full of activities that are geared to their interest. Sophia is more artistic, so she really loves the Doodle Crates. They also have a Tinker Crate full of science and engineering activities for kids who like that kind of thing, as well as crates geared toward the preschool set.

If you don’t want to spring for a regular subscription box, just having projects on hand that you know your child would enjoy will make a huge difference! See below for more project ideas and project subscription boxes your strong-willed child might love (affiliate links).

Big Blast of Kids’ Crafts—Fun in the Sun

Paint Your Own Super Tiara

Awesome LEGO Creations With Bricks You Already Have

Make Your Own Snow Globes

You’ve probably noticed that your strong-willed child likes to get results (and get them as fast as possible). Everything they do is pretty results oriented—whether it’s a result mom and dad are cool with or not! Do your best to find projects for them that lead to an end result, preferably projects that don’t require too much detail or patience (which is a word that my Sophia refuses to acknowledge as real).

A little while ago Sophia had a complete fit about something that made no sense. She was very mad at me and my husband and was saying all sorts of negative things that only served to make us defensive and angry ourselves. When I was finally able to get her to calm down, she admitted that she didn’t mean any of those things and that she was only trying to get our attention.

Strong-willed kids need a lot of your time and attention, so make it a point to spend quality time with them on a daily basis. Also make it a point to listen to them talk about the things that are important to them and watch them do their cartwheels and other amazing tricks when they ask you to. If they aren’t getting the positive attention they crave, they will opt for negative attention. Attention is attention and they will do whatever it takes to get it. 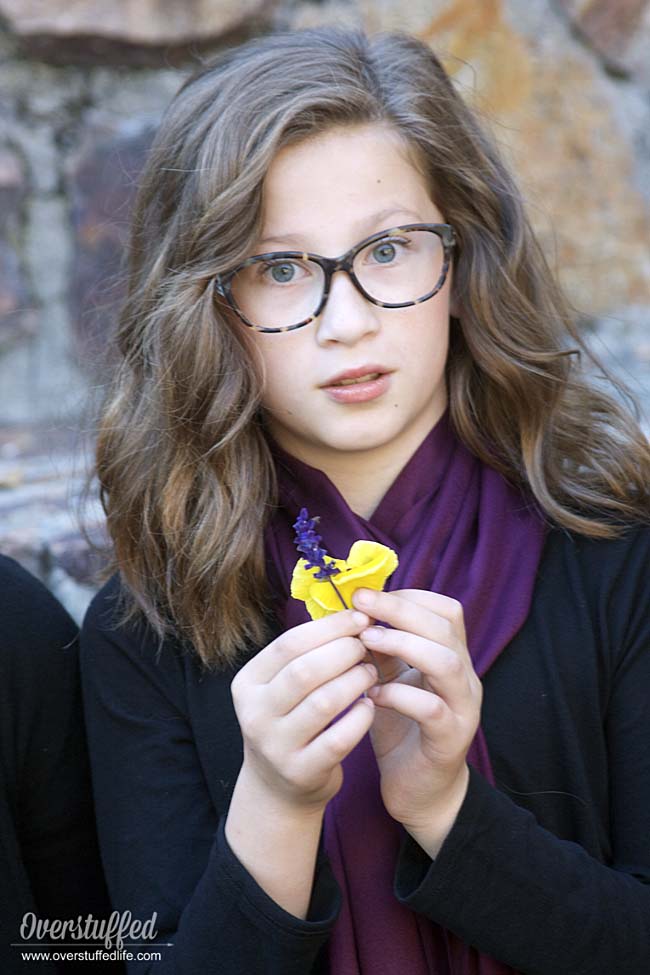 This goes right along with the last two. Strong-willed kids are results driven, but they want to be noticed for those results! And when things aren’t going so well on their journey to the results they need a lot of encouragement.

I’ve learned that just saying something Sophia has done is awesome isn’t good enough. She wants me to point out specific things I like. I actually think this is good advice for all kids—not just the spirited ones—and it forces me to be more present as a parent. Instead of absent-mindedly looking at the picture she just drew, I have to stop what I’m doing and really look. Then I can give her what she needs from me while telling her how much I like the colors she used or the way she drew the cat’s ears.

Strong-willed children do not like to be told no. If you were to talk to parents of strong-willed children, I think that would be the number one thing they would say. These kids push for what they want and being told no is just another reason to keep on pushing limits until they wear you down!

While it is important for us as parents to be the person who sets limits for them, I believe it is also important for us to not stop them from their goals. If you are saying no because it’s inconvenient for you, that’s not a good enough reason and doesn’t honor your child.

The best way to do this is to use Yes…If statements.

Yes, you can go play at the park if you do your homework first.

Yes, you can take that gymnastics class if you pay for part of it yourself.

Yes, you can make brownies if you clean up the mess.

The point is to really stop yourself the next time your knee-jerk reaction is to shut your child’s request down. Weigh your options and say yes if you possibly can—it makes a difference!

I’ve written an entire article on why we should say yes to our children more often. It includes tips that have been helpful for me when I really want to say no because I don’t want to deal with the process.

You can find it here: 4 Reasons to Say Yes to Your Children

The number one thing that has helped me to parent Sophia is learning about energy profiling. Strong-willed kids tend to be Type 3s and by learning about these energy types I have learned to better deal with her in a positive way.

You can read more about energy typing and parenting by reading this book: The Child Whisperer

Parenting a strong-willed child is tough, but in the end it will be totally worth it! At least, that’s what I’m holding on to as I raise mine.