This post is written in partnership with mormon.org as part of the Easter 2017 #PrinceofPeacecampaign. To find more peace in your own life, click here to learn more. 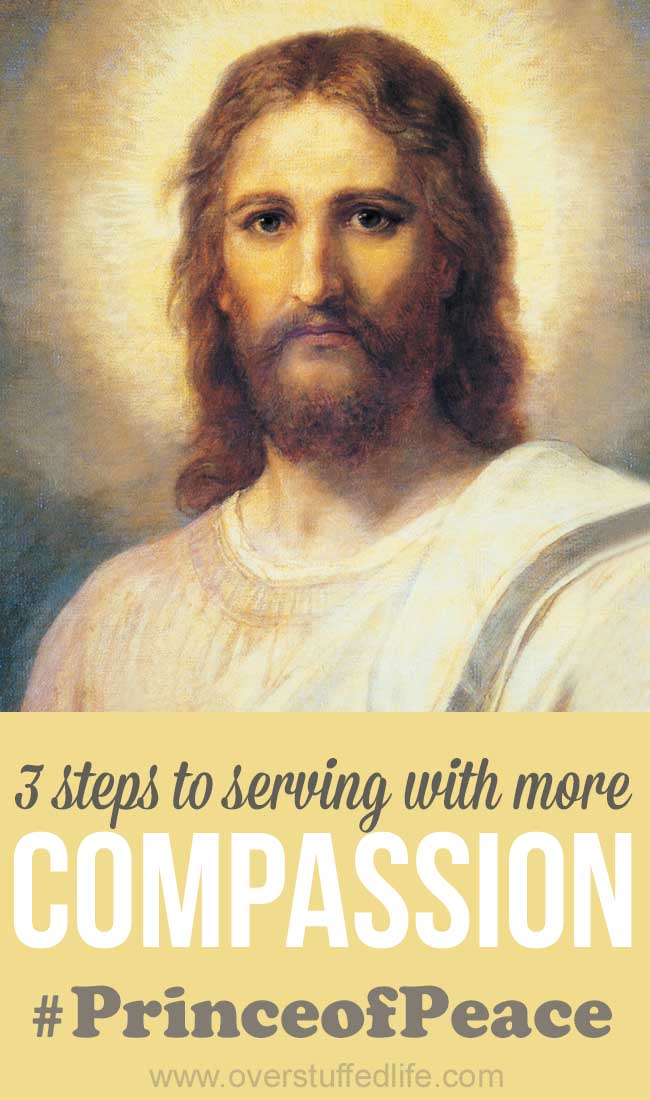 A few days ago I opened Facebook and the first thing on my feed was a post that tagged my dear friend Marianne. Her sister had posted a lovely picture of the two of them together and written a beautiful tribute to Marianne, but I had to read it several times before I finally understood that Marianne had passed away the day before due to complications of pneumonia.

I have spent much of this week mourning for the loss of my friend, thinking of the many ways she has blessed my life, and reading through the many tributes to her that have been posted on her Facebook Timeline. I read story after story of Marianne’s service to the people around her. Every single tribute I read about her life mentioned her amazing capacity to serve others with love and compassion and shared personal stories of the ways that Marianne had touched their own lives. Everything I read only solidified what I already knew about Marianne: She was an exceptional spirit with a strong testimony of Christ and a gift for serving others selflessly.

Some quotes from her obituary:

Marianne was Christ-like from the start.

Marianne loved to involve and serve others.

Throughout her life, Marianne loved deeply and filled her days in the service of others. We are certain she will continue to serve while in our Father’s care on the other side. She will be dearly missed.

I met Marianne when The Maestro and I were newly married, with a 9-month old baby Bria. We had just moved into a larger apartment and Marianne and her husband were neighbors of ours. We became close, and Marianne helped me often with Bria—even sitting with us at church every week and bringing toys and books for her to play with. Even though she did not have children of her own yet, Marianne loved education and had a wonderful collection of things to share with my little daughter.

A year later, when I was pregnant with my second daughter and suffering from hyperemesis and barely able to function, Marianne continued to help me with Bria. Even though she was still finishing up her college degree and had a job, she came over several times a week and took Bria on adventures so I could rest. Bria adored Marianne. They were the best of buddies and Marianne often brought her home with a new outfit or toy.

I was so thankful to Marianne during that time in my life. I am not the type of person who easily accepts service, and I would have never in a million years felt comfortable asking friends to take my child during that time. But I didn’t have to ask Marianne. She just called me up one day and told me which times she would be taking Bria and that was that. She didn’t give me a chance to protest or claim I didn’t need her to do that, she simply saw my need and did something about it. I don’t know if she ever knew just how much her selfless act blessed me, but I am eternally grateful.

I learned an important lesson from Marianne’s compassionate service to me.  Service is something that I desire to do, but it doesn’t come naturally to me the way it did for Marianne. She taught me that asking someone how you can help them isn’t the way to serve compassionately, nor is it the way that Christ serves. Most people will not feel comfortable telling you what they need most. Marianne taught me that it is best to observe the needs of others, think of ways you can personally meet those needs, and then serve selflessly. True compassion observes on its own.

3 Steps to Serving Others With More Compassion

1. Observe the needs of others

2. Think of ways you can personally meet those needs

This lesson has been reiterated in a 2012 talk by Sister Linda K. Burton titled “First Observe, Then Serve.” Marianne had the innate gift of being able to observe the needs of others and do what she could to help them, but all of us can learn to serve as Christ did. 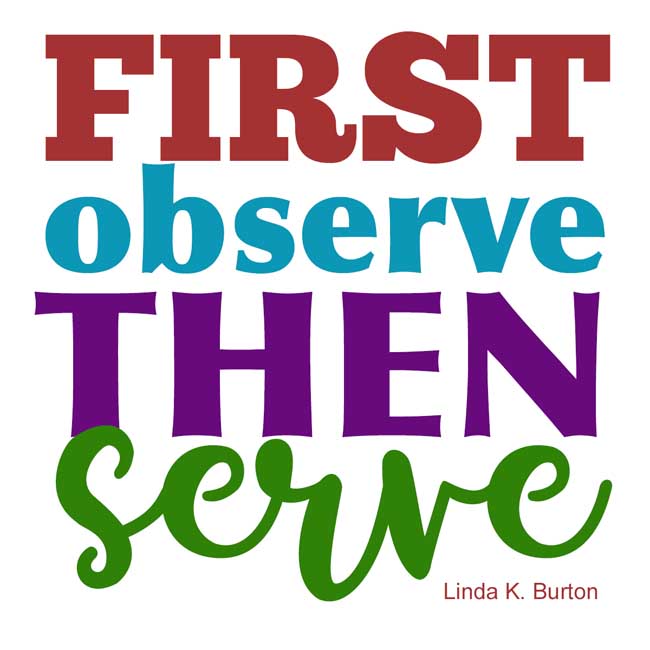 Download this printable by entering your email into the form below. If you are on a mobile device, click here to see the form.

This week I have tried to be more aware of the ways I can serve those around me as a way to honor Marianne’s memory. I am working on opening my eyes and seeing what others need. I am working on being less selfish with my time so that I can use more of that time to help others. And, finally, I am working on allowing others to serve me.

I say that last part because that is something else about service that I learned from Marianne. A few years after we had both moved away to different states while our husbands pursued their doctoral degrees, Marianne wrote a personal note to me in her annual Christmas card. I have to paraphrase, because I couldn’t find it in all of the bins downstairs, but she thanked me for sharing my Bria with her so generously. She went on to explain how that had been a hard time for her because she had wanted a baby so badly (she did go on to have two children) and it wasn’t happening for her. But because I shared my own daughter so willingly it helped to take away some of her sorrow.

Leave it to Marianne to turn around the great service she offered to me and thank me for serving her. But that note helped me to realize that by allowing others to serve us we actually are blessing their lives. I know that I am blessed greatly in many different ways when I look beyond myself and do my best to serve as Christ would serve. I think that is the secret that Marianne has always known—she actually received more from her service to others than she believed she gave.

Help me honor Marianne’s memory by heading over to mormon.org to learn more about how you can develop a closer relationship with our Savior and find more peace in your life by watching a beautiful video and learning to serve more compassionately.

How to Organize and Save Kids’ Artwork Without the Clutter
Next Post: April 2017 Visiting Teaching Handout