Home » Halloween » The Pumpkin that turned into a Princess 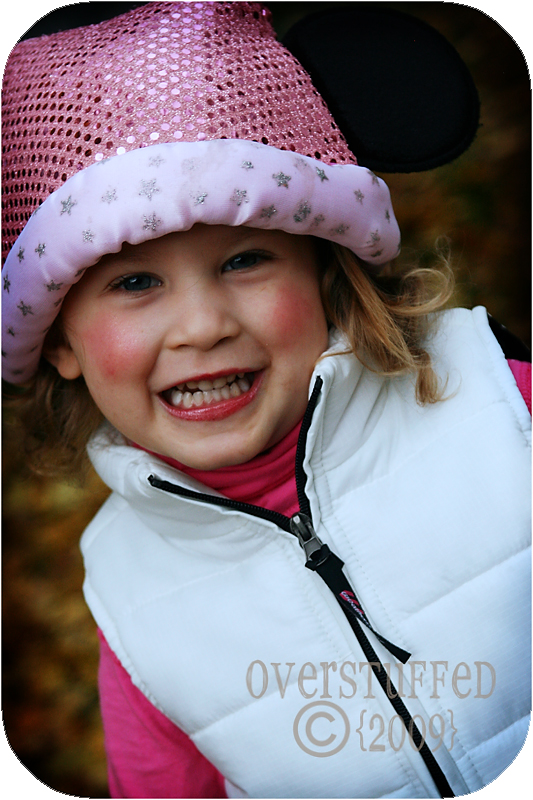 And then, on Friday, October 30, we received a package in the mail from my mom. It contained a frilly, twirly, wonderful, pink pettiskirt. Sophia put it on immediately and announced that she would now be going as a princess for Halloween. 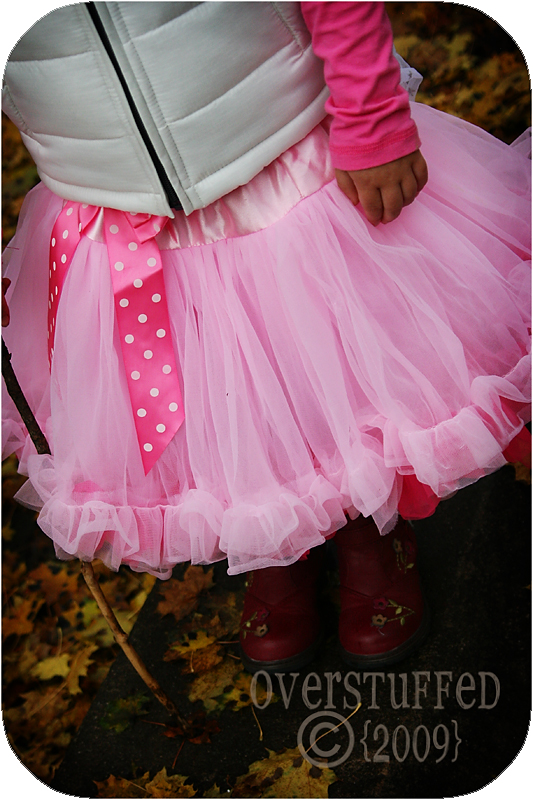 I mean, wouldn’t you?

So, we figured out some sort of outfit. It was more like a Western Princess when we were finished, what with the boots and vest. And then there was the Minnie Mouse Princess hat, so perhaps she was Minnie the Princess visits the Wild, Wild West. 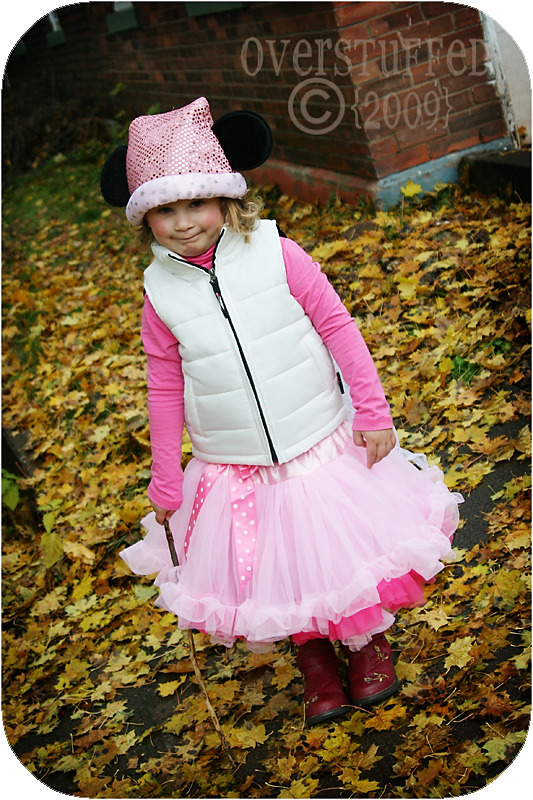 Whatever she was, she was totally adorable. 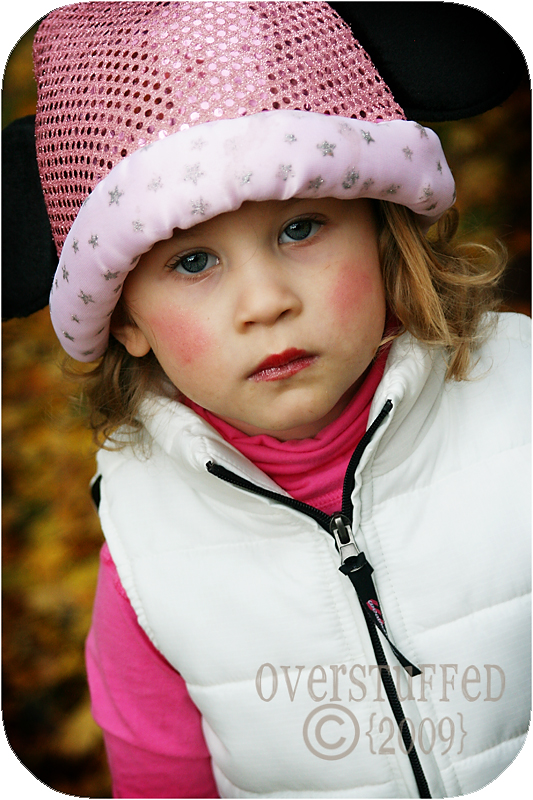 She did keep telling me, “I be a punkin tomowow,” but it never happened. She tried to sleep in the pettiskirt, which tells you how successful it would have been to get it off of her the next night for Trick-or-Treating.

I just wish I would have thought to take a picture of her in the pumpkin outfit. She wore it enough the week of Halloween. In fact, I think I’ll still try to get her back in the costume and try.

I think eclectic princesses are adorable.

This is SOOOOOOOO Sophie!

That skirt is adorable!

Whatever you call it, she was definitely cute. I have one daughter who, for about four years straight, had one costume idea in mind until the last minute and EVERY time changed it to a princess last minute. We're past that now, but instead, she likes to come up with the most time-consuming costumes. They're way cool, but dang, they take time and effort. I think I liked the last-minute princess thing.

She's a princess with wide and varied interests! My kinda gal. What a sweetie!

THAT is the greatest skirt ever. Enough said.

Where does one find such a fancy skirt? I might need one. 🙂

Grandmas are the greatest! Of course she'd wear the skirt. =]

How sweet! She is adorable, and that skirt just makes her happy, you can see in her face.

Cute cute cute. I love that she, well she WAS going to wear the same costume as her sisters. But I love that you must have a big bin of costumes by now just like I do. And the kids love to plow through them whenever they can get away with it, and I usually let them. Plus, they become so creative with what we have, I don't have to buy much of anything for Halloween anymore. Good memories
:~D

What a great grandma she has! That vest is adorable too. I love this age, when they are so excited to wear their costumes every single day.

I would definitely want to wear that … too bad I can't quite get away with that anymore … besides the obscene amounts of fabric that would be needed to make one for me!!!

What a darling skirt! Pumpkin or Princess…she makes either look beyond adorable!

Whatever you call her costume, she is a doll!

What an awesome skirt from a way cool grandma! I would have wanted to be a princess too. She is adorable! I love the expressions on her face. So sweet!

Awesome! I love, love, love the pettiskirt! McKayslin wants one oh so bad, but I think she would try to wear it to school every.single.day. Soph looks adorable!

She's darling. I love her solemn expression in the last photo. 🙂

Pink loveliness. Our 2 yr old refused to wear his zebra costume, fuzzy hat, tail, mittens & all. Still, he joined us trunk & trick-or-treating as…himself. And we still had a great time.

I'm behind on reading blogs can you tell. Anyhow I wanted to say she is a cutie.