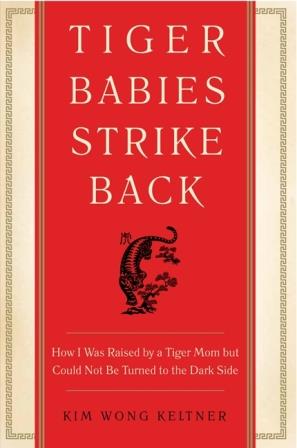 A couple of years ago I reviewed Battle Hymn of the Tiger Mother by Amy Chua  (You can read my review here).  There was (and still is) much controversy surrounding this book, but I found it a fascinating memoir of someone who was doing the best she knew how with her children.  I did not agree with every choice she made as a mother, but I learned a lot about myself and, I believe, became a better mother because of her book.  And maybe not in the way you might think.  I mostly admired her absolute dedication to helping her children succeed.  I didn’t always think her methods were the best, but I was inspired by her work ethic and devotion to her job as a mother.

That said, I never once believed that Chua’s book was some sort of parenting manual or treatise on why Chinese parenting is superior.  That is what the media portrayed it to be, but it was a memoir.  A memoir written by a mother who might have different ideas about parenting than you or I.  A mother who, in the end, realized that perhaps some of her methods weren’t working so well–that her children were not the same person and she couldn’t parent them identically and achieve identical results.

Tiger Babies Strike Back by Kim Wong Keltner is billed as a rebuttal to Chua’s memoir.  It is a memoir itself, though written in a much different style.  Keltner is quite humorous, and uses her humor to draw the reader in.  I’m not really sure it’s much of a rebuttal, either.  To me, it showed that Keltner had a different sort of personality–more sensitive, soft, and gentle–than her stoic Chinese mother did.  I don’t think this sort of situation is necessarily unique to Chinese American families.  I think as parents, if we are not careful, we can parent in a way that does not honor our children and their unique personalities.

I do find it exhausting sometimes that I need to be more gentle and sensitive with one child, more fun for another, and more active with the other one.  It’s easier to just parent how I want to, without regard to my children, but the results aren’t usually what I hope for.  The author of this memoir just wanted a mother who understood her, and didn’t feel she had that sort of a mother.

And really, this memoir doesn’t harp on the whole Tiger Mom vs. Tiger Baby point too much.  It is funny and insightful as she writes about her life after marriage and the parenting of her own child.  The book is written in short, always comedic, chapters and is a quick read. I don’t think you need to have read the Tiger Mother book to find good insights and a lot of entertainment reading in the Tiger Babies book.

I received a copy of this book from the publisher via TLC Book Tours in exchange for my review.

Carry On Warrior: Thoughts on Life Unarmed
Next Post: Violin Lullabies: A Review and a Giveaway

Oh, I loved the Battle Hymn of the Tiger Mother, and my favorite part was her ability to laugh at herself. I've decided that if you can't do this as a mother, you're sunk.
When I very first saw this review, I thought that her children had written this book as a sequel, and I was thrilled beyond words. Now I'm a little disappointed.
Still, it sounds good and I think I'll read it.
You were spot on with your review of Carry On Warrior! Oh, Man! I wish I'd campaigned for the free copy–I finally bought my own, and I'm thinking about buying another to loan out because I'm feeling selfish with my copy. Her momastery.com blog is pretty amazing, also.
Thanks for doing these book reviews. You do an awesome job.

I'm glad you enjoyed the humor in this book. Thanks for being a part of the tour!

Lara, I've just posted my own review of this book, and stopped by to see what you thought of it. It sounds as if you really enjoyed it a lot. It's interesting to read the reviews of others now that I've read and reviewed the book.

You have a lovely blog!