“Your youngest daughter is sure a little spitfire!”

That is what one of the leaders in our church told me after our first or second Sunday living here in Michigan. Sophia was newly three years old and “spitfire” was a word that described her well. This is a child who craves her independence so vigorously that she was standing on the bar stool making her own eggs at age 2 while I hovered over her in order to avert certain disaster.

Her strong will came out of the blue for me, as my other two were nowhere near this stubborn. They could be reasoned with, distracted, or given choices and that would actually work. You don’t reason with Sophia. If you give her three choices she will always make a fourth choice—you know, the choice-that-she-wants choice. And she most definitely cannot be distracted from her ultimate goal. Ever.

Related: Should You Let Your Kid Quit Music Lessons?

While these things can be good qualities, raising a child who is this strong-willed is not for the faint-hearted. It is completely exhausting. 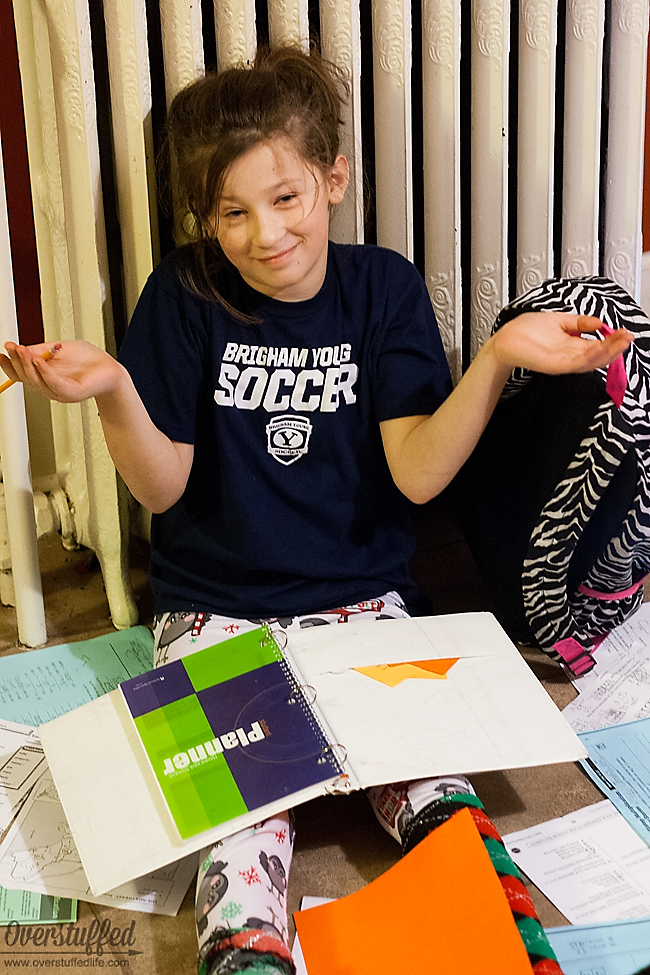 Sometimes the exhaustion that comes from having to repeat myself on the same issue 452 times in an hour results in yelling. I guess perhaps I don’t feel heard. I feel like she won’t listen unless I’m screaming at her that the rules about screen time, room cleaning, homework, sleepovers, or whatever have not changed.

And still she pushes.

I’ve been struggling lately with how to deal with her indomitable, tireless, iron will. I was at a complete loss. And then, the other night, I had to take my teenager to a party at a house I hadn’t been to before. I was taking her straight from her orchestra rehearsal, so I entered the address of the party into my phone before I left the house and then proceeded to go get her from orchestra.

Because orchestra was the opposite direction, Siri kept regrouping and telling me to turn around at every possible place I could (I actually have my Siri set to a British male voice and I have christened him “Nigel Dunwoody” but we’ll call him Siri for now). It became kind of funny as I imagined that poor Siri was becoming more and more frustrated at me for not turning around and continuing to go quite far out of the way.

And then it hit me.

Siri was not frustrated with me. Siri is a computer. Siri cannot be frustrated, or angry, or annoyed, or any other emotion. Siri was simply giving me the directions to do what I had told her I wanted to do—get to a particular address. And because I was not following those directions, she changed her directions to make it so my end goal could still happen.

And she did it all completely without emotion.

Related: 4 Reasons to Say Yes to Your Kids

I was the one who was applying emotion to what was happening. Perhaps I was empathizing with her at the moment because I do get frustrated with Sophia on a regular basis when she doesn’t follow directions. Or, perhaps my rule-following self was just perceiving annoyance on the part of a computer because I try so hard to follow directions and keep rules perfectly. 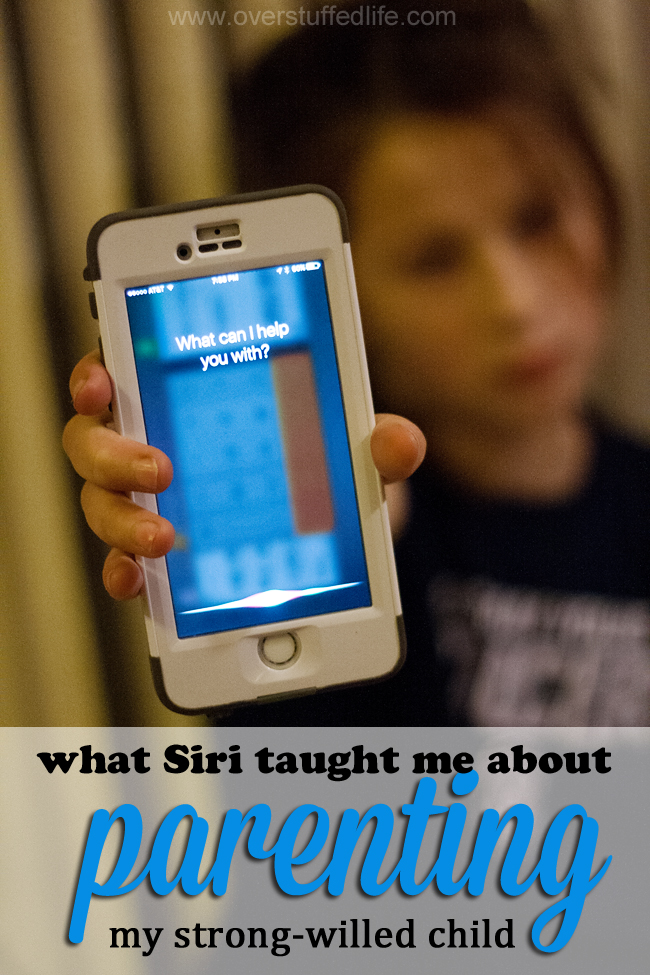 Whatever it was, I learned something important. I learned that I need to keep emotion out of my parenting. I cannot take it personally or get angry because my child is difficult. In fact, whenever I do resort to yelling it always ends in a spectacularly awful manner. It accomplishes nothing but making both of us cry and then whatever lessons I had hoped she would learn are swallowed up in all of the emotions.

And when I remain unemotional? She still pushes, for sure. But when she sees that she is fighting with a brick wall—a very calm brick wall—she gives up much more readily. “Giving up” sounds a little harsh, I suppose—I don’t really want to break her spirit, I just want to direct it. She’s testing her boundaries, though, and when she realizes that a boundary is not going to move because I calmly tell her so 452 times, she finally gets it.

Like Siri, sometimes I can compromise. Sometimes she continues to disobey and I have to change the directions on my end to get the desired result. If she gets off track, I can “reroute” and get her back on track, and perhaps that will be necessary many times before we are back where she needs to be. But still, keeping emotion out of the equation is absolutely necessary.

Am I perfect at this? No way. I yelled at her tonight, in fact, after she did not do something I had repeatedly asked her to do (probably 452 times). I finally couldn’t keep the emotion out of it and I lost it. She ran to her room and had a nice tantrum while I regrouped and went up to talk to her when I knew I could stay unemotional.

And when I kept emotion out of it, my little spitfire finally came around.

Do you have a strong-willed child that is difficult to parent? These books may help (they’ve helped me!):

Have a New Kid by Friday: How to Change Your Child’s Attitude, Behavior, and Character in 5 Days by Kevin Leman

The Child Whisperer: The Ultimate Handbook for Raising Happy, Successful, and Cooperative Children by Carol Tuttle

The Five Love Languages of Children by Gary D. Chapman

Siblings Without Rivalry by Adele Faber

Overstuffed 2016 Reading Challenge—Only 12 Books!
Next Post: 10 Books That Will Help You Achieve Your Goals