Look at me, knocking out two days in one post.  But only because Day 6 was pretty mellow.  I mean, we needed some rest after the previous five days, dontcha think?

We spent a leisurely morning on Day 6 at Joel’s parents’ house.  We worked on laundry while the kids watched TV–they were quite enamored with the Summer Olympics.

In the afternoon, Joel and his dad went golfing–it was very important that he actually USE the golf clubs he lugged across the country–and the girls and I drove down to my parents’ house for a while.  I actually had to teach a couple of voice lessons via Skype, and the girls entertained themselves by trying on the new clothes Mamah had purchased for them and playing dress up. 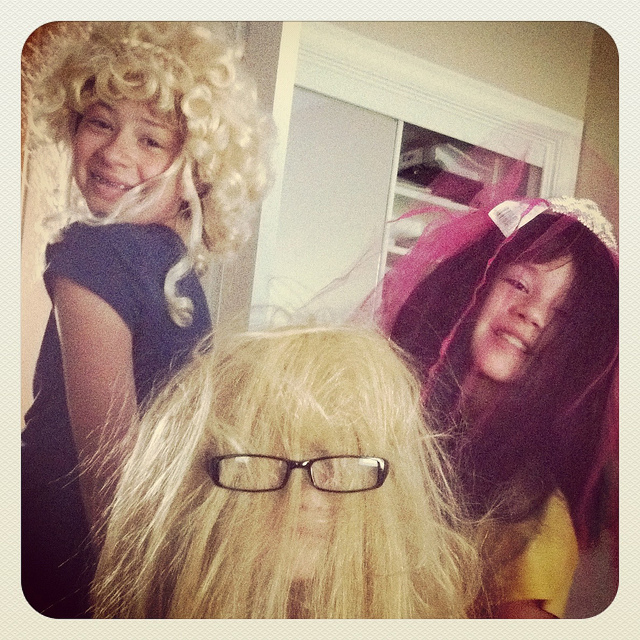 In the evening, Joel’s mom made her famous chicken noodle soup for dinner (Joel’s favorite!), and we just hung out at home afterwards and watched the Olympics and enjoyed each other’s company.

The morning of Day 7 was another leisurely morning–this time packing for our upcoming cruise.  After things were squared away, Joel and I took the girls up to the City Creek shopping center and temple square.

Chloe and Sophia enjoyed splashing in the fountains/splash pad at City Creek–who cares that they were fully clothed? 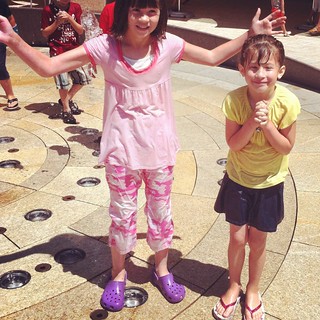 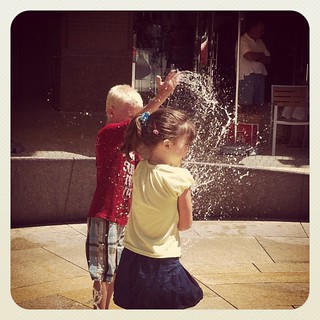 We stopped in at the Disney Store, where all three girls took a little art class about how to draw Woody from Toy Story, and Sophia enjoyed dressing up like a Princess. 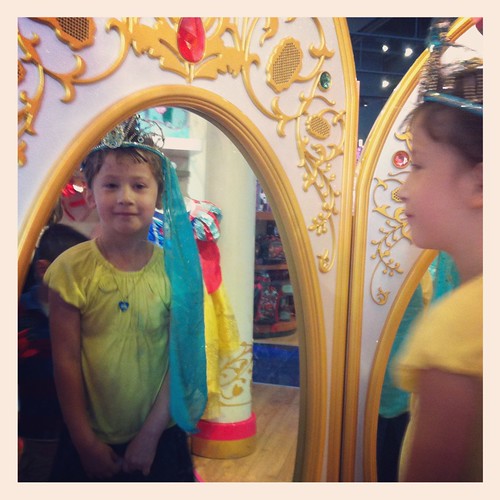 We checked out lots of other stores, bought smoothies at Roxberry (mine was green….mmmm!), and enjoyed being in the beautiful sunshine.

At Temple Square we checked out the Conference Center, the Tabernacle, the Christus, and the rest of the Visitor’s Center.  The girls loved it.  I wish they had the opportunity to see temples more often. 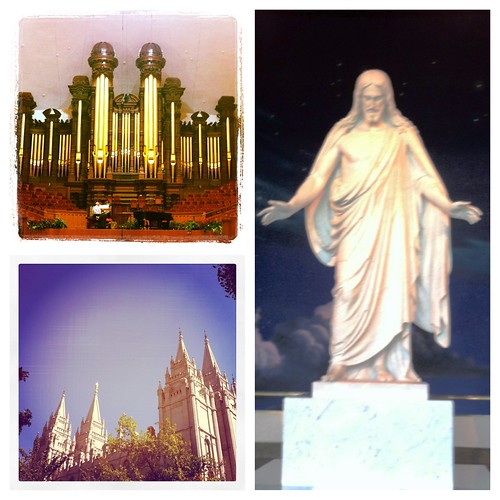 After Temple Square, we met Joel’s parents, his sister Anne-Marie and her boys, and our niece Kiara and her two kids at Cafe Rio.  Yum!  And I took no photos there, but I did really enjoy my salad.

After dinner, we headed to the Lehi Arts Center where our nephew Kanoa was starring in The Little Mermaid as Sebastian the Crab.  We had so much fun watching him–It’s been a year and the girls STILL talk about his performance! 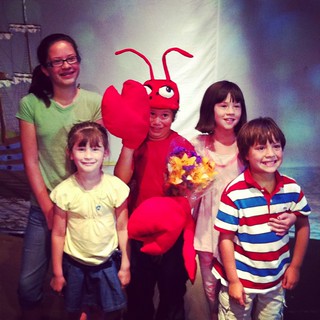 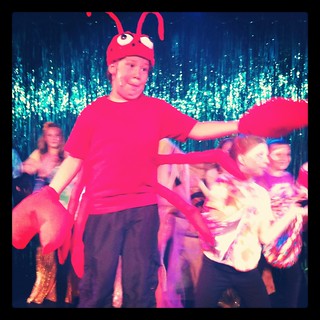 After the show we headed back to Mimi and Papa’s house, put the girlies to bed, and stayed up late playing card games.

Our Epic Vacation: Day 5
Next Post: Back-to-School Feast and Family Theme: My Body is a Temple

I lament that we are not closer to a temple as well. But I'm finding that when we do go, it's been a more meaningful experience because we don't go all the time, or have something close by. We went to the temple a month ago, and James is still talking about it, and every time we pass the picture of the ABQ temple at church Jeffy grunts and points at it.