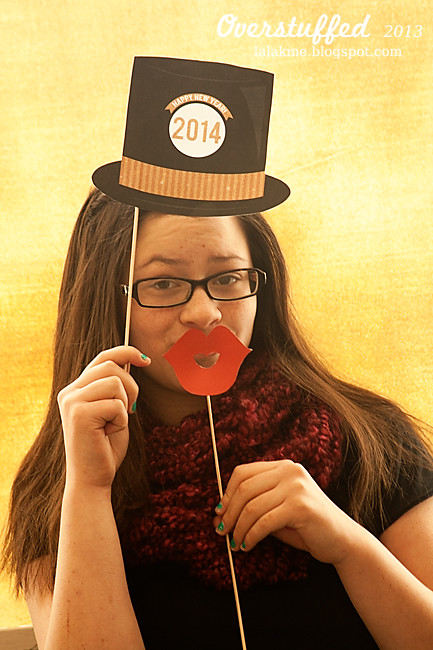 I’m totally going to be in trouble for posting that photo, because Bria doesn’t like how her eyebrow looks. I also have no idea why, now that she is a teen, I suddenly have no qualms posting photos she doesn’t like. Maybe one of my New Year’s Resolutions should be to quit that.

But that’s for tomorrow.

Today is New Year’s Eve, and I am starting something new.

My friend Lacey has done this fun New Year’s Eve Tree, and every time I see her post pictures of it, I think “I want to do that.” But the Christmas Vacation Laziness in me kicks in and stays on the couch. Then Lacey told me that she mostly keeps up her Christmas decorations and only takes down the ones that aren’t silver or gold.  And the Christmas Vacation Laziness paused for a moment. Hmm. My tree is red and gold. And there’s more gold than red. That might not be so difficult.

But then the Christmas Vacation Laziness kicked in again and said, “You’d have to drag up bins from the basement and drag them down again.  There’s nowhere to put all the decorations you take down and nowhere to hide a bin up here.  Just stay on the couch and read.  Everybody’s doing it.” 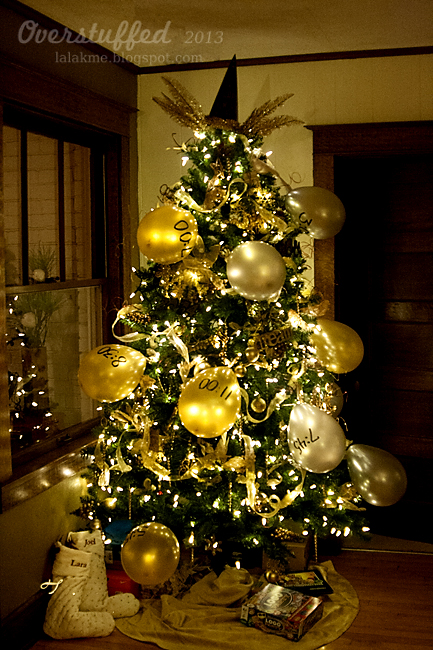 I got new boots for Christmas that came in a big ol’ boot box. Joel got new running shoes, and that box was fairly large, too. So, I stuffed all the red ornaments and ribbons into those two boxes, closed them up, and put them back under the tree. I set the angel underneath the tree, too. Ha! I outsmarted my lazy side. Go me. 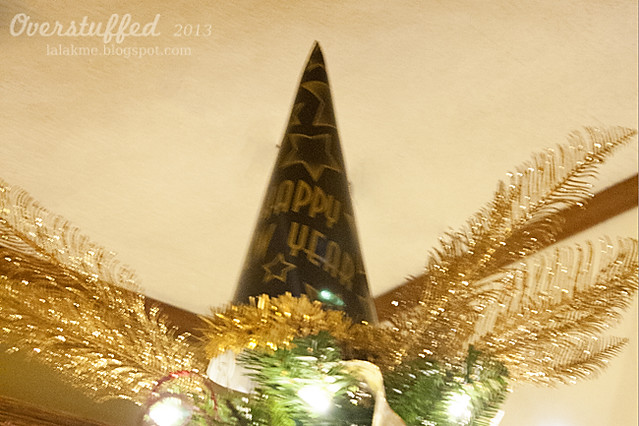 I used a New Year’s Party Hat for the tree topper, and this is a terrible picture. My Christmas Vacation Laziness wasn’t about to go find a step stool to get a better angle which would also have gotten me a better focus. Oh well, you can’t expect me to outsmart ALL the laziness. 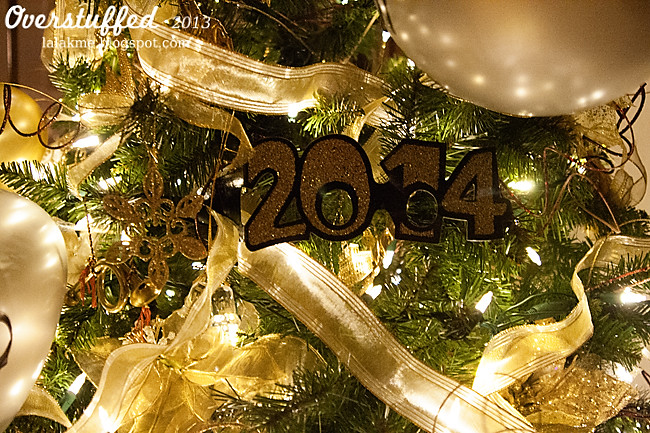 I put some 2014 cardboard sunglass decorations on as well…just to make it absolutely clear that this is no longer a Christmas tree. 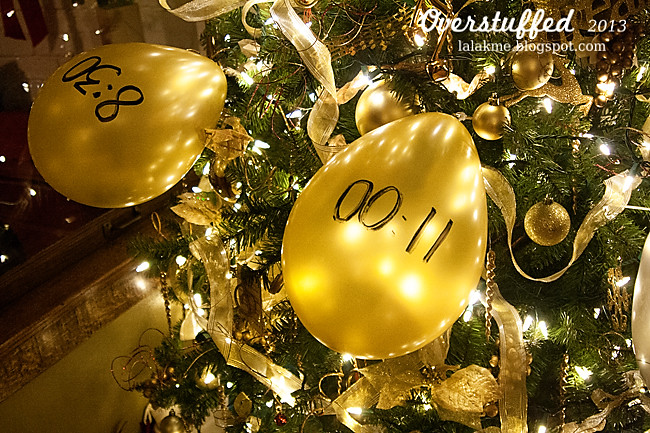 I used gold and silver balloons, and each of them is filled with a random amount of money.  Basically, I raided my wallet which usually has very little cash in it and spread out whatever I found amongst the ten balloons.  Some have dollar bills, and some have only a penny.

Each balloon also has a time written on it, and a little rolled up paper with some activity to do on it.  At the prescribed time, one of the girls will pop the balloon, collect the money, and we’ll all do whatever it tells us to do. I started them at 2:00 pm and the girls are currently working on a fun NYE craft project (covering candles with mod podge and gold glitter).  I stole the activity idea from Craftibilities, and she came up with much better activities than I did, but I am pleased to say that at least I started somewhere and outsmarted both my Christmas Vacation Laziness and the fact that I’m not a very fun mom.  Maybe next year I can aspire for more exciting activities.  For now, the girls are thrilled.  T-H-R-I-L-L-E-D. 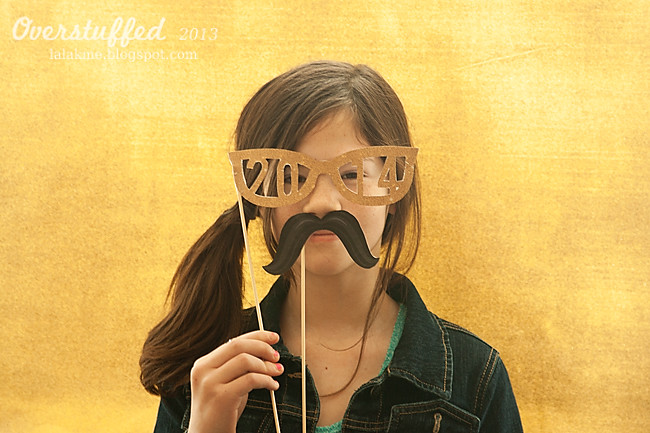 We invited some friends over for later tonight and I thought it would be fun to have a NYE photobooth. The girls and I got it set up (glittery gold wrapping paper taped to the window) with some fun props I got over at I Heart Naptime.  We took a few preview pictures, and I think the kids will have tons of fun with this tonight.  I’ll take some with my big camera, and they can use iPhonography and iPodography for the rest. Maybe even the adults will join in on the fun. 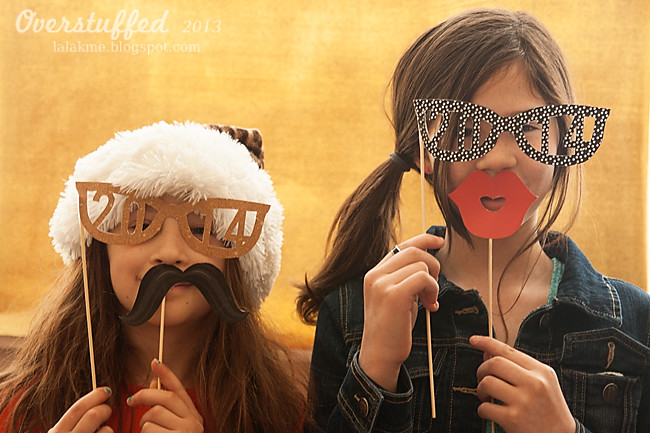 And what’s a NYE get together without munchies?  We’re in the process of setting up a fun table with all the gold and silver things we can find, including the glittery candles that the girls are making right now. 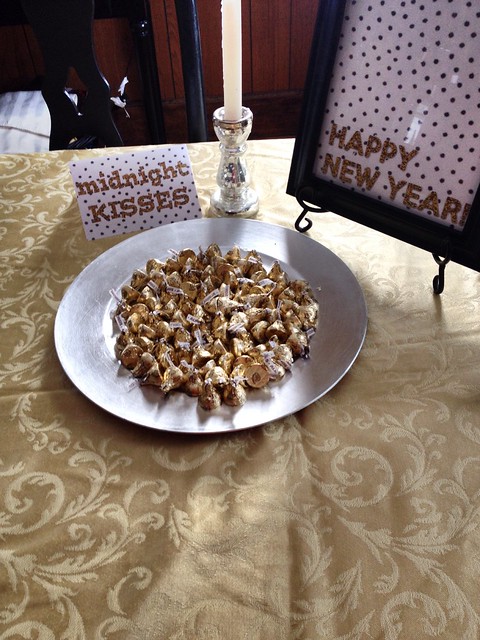 I saw the “midnight kisses” idea in multiple places online this week, so I thought that would be fun for the girls. I, myself, will be kissing The Maestro at midnight.  But, if you want to have some chocolate midnight kisses, too, here’s the printable.  I just made it to match my Happy New Year printable that I posted the other day. 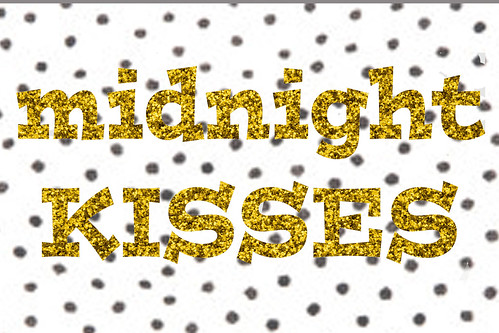 I ADORE your New Year's tree!

Hello, dear friend.
I have a few wishes for you.
May 2014 bring you much joy.
May we all have peace in our homes,
laughter by our firesides,
time spent with family,
and contentment in our hearts.
Be well, my friend.