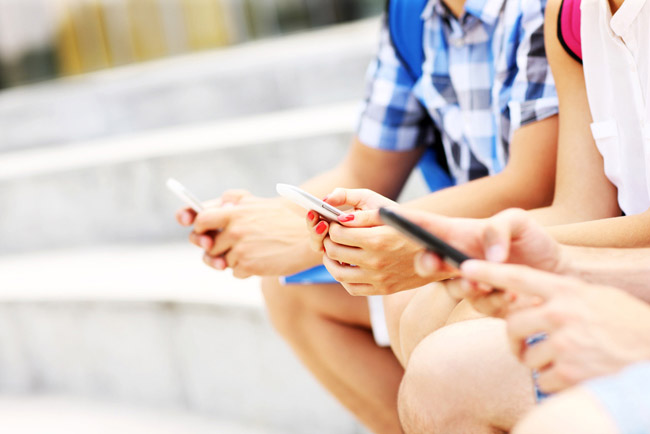 I recently read an article about students who had their acceptance offers to Harvard rescinded.

These students had created a private Facebook chat where they exchanged inappropriate memes with each other. Harvard found out about the group, investigated, and eventually took away the admission offers of 10 students.

I’ve been thinking about this situation quite a lot since I read about it. These are students who were clearly very smart—smart enough to be accepted into an elite school like Harvard. And yet they did something completely stupid—shouldn’t they have known better?

Stories like this make me want to be certain that I am teaching my own children how to be smart when it comes to social media. It is so important for parents to understand that teens are working with brains that are not fully developed yet.

We are handing phones to 13 and 14 year olds because we want to keep track of them. Yet we are forgetting that we are handing a pretty powerful little device to a teenager with an underdeveloped prefrontal cortex—the part of the brain that forms judgments, weighs decisions, and controls impulses. This part of the brain does not fully develop until the early 20s, which is when most people graduate from college!

This sheds a little bit of light on why Harvard’s incoming freshmen may have acted so inappropriately—blame it on their underdeveloped brains!

Simply put: Teenagers are not ready to have unsupervised access to social media and parents are the ones who need to make sure there are boundaries and rules in place.

So what can parents do about this, aside from never giving teenagers phones in the first place?

1. Use an internet filtering device

I am partial to the Circle with Disney which filters content, places time limits on usage, and sends me reports of what my children are doing online. You can read more about how we use this device here: Circle with Disney: How It Works, How We Use It, and Why It’s Worth It.

We limit social media usage to about an hour a day with our Circle.

2. Follow all of your teen’s social media accounts vigilantly

For instance, my 16-year-old daughter is most often on Instagram and SnapChat. She also has Facebook and Twitter accounts but she rarely uses them, so I look at those less often.

Make sure you also know about any secret social media accounts they may have.

Know their passwords and do phone checks regularly.

Read their texts and direct messages.

Talk with your teen about the things you’re seeing on their accounts.

If your teen already has a phone and you have not yet set this precedent, I strongly recommend that you do it ASAP. Because this is something we have always done in our home, my girls expect it and are pretty open with me.

When my middle daughter was being bullied in middle-school, she began to delete her messages with the girl who was bullying her. Still, because I monitored things closely, I was able to catch enough of the messages before she deleted them to form a picture of what was going on, and in the end she was grateful for those phone checks.

3. Educate your teens about social media

Talk with your teen often about the effects of social media. Bring up situations such as the Harvard admissions and other such stories in the news.

Help them see the real world repercussions of being stupid about social media.

Teach them the following rules and make sure they understand the consequences of not following these rules. These rules are in place to teach them how to be smart with social media.

Too many teens don’t think about the fact that the things they say in private conversations don’t stay private and that Snaps do not really disappear forever. One poor decision can follow them for their entire lives and can lose them friends, jobs, and even college admissions.

The following rules are not so much internet safety rules, rather they are intended to help you keep your teens and tweens smart while using social media.

1. Never post or send anything on social media that you wouldn’t want the whole world to see

Nothing online is private. Nothing. People can take screenshots or photos of the screen. They can pass their phone around and show your message to others. They can simply talk about what you sent.

There are a million ways the entire school (including teachers and administration!) or future employers can find out about something inappropriate you sent that you thought was private.

One would think that one rule should cover it all, but let’s remember that we’re still dealing with the underdeveloped teenage brain. Because of this, the following rules break that first rule down into even more specific situations to help teenagers make the smartest decisions on social media.

2. Never talk negatively about others in text messages or on social media

This includes parents, teachers, friends, enemies, and everyone else.

If you wouldn’t say it to their face, do not say it on social media or in a text message. Remember that once it is posted, it cannot be taken back completely, even if you delete it.

My youngest daughter learned this lesson the hard way when she was venting to Friend #1 on SnapChat about Friend #2. She didn’t even think about the fact that Friend #2 had her SnapChat password (another no-no which I shut down as soon as I found out about it!).

Friend #2 liked to get on and read my daughter’s conversations quite a bit and found the texts between my daughter and Friend #1. The fallout from this was pretty bad and it took a while for that friendship to mend completely.

It’s not worth it. Teach your kids that if they have venting to do about their friends to come to you to talk about it instead.

3. If you are part of a conversation where someone breaks rule #2, leave the conversation.

Do not let yourself become guilty by association, even if you are not the one saying the negative things.

4. Never bully others via social media

Sometimes the screen and the keyboard make teens forget that they are talking to a real person and they say things they would never say to that person in real life.

“If you don’t have anything nice to say, don’t say anything at all,” applies more than ever when it comes to online interactions! If it isn’t kind, do not type it. Period. 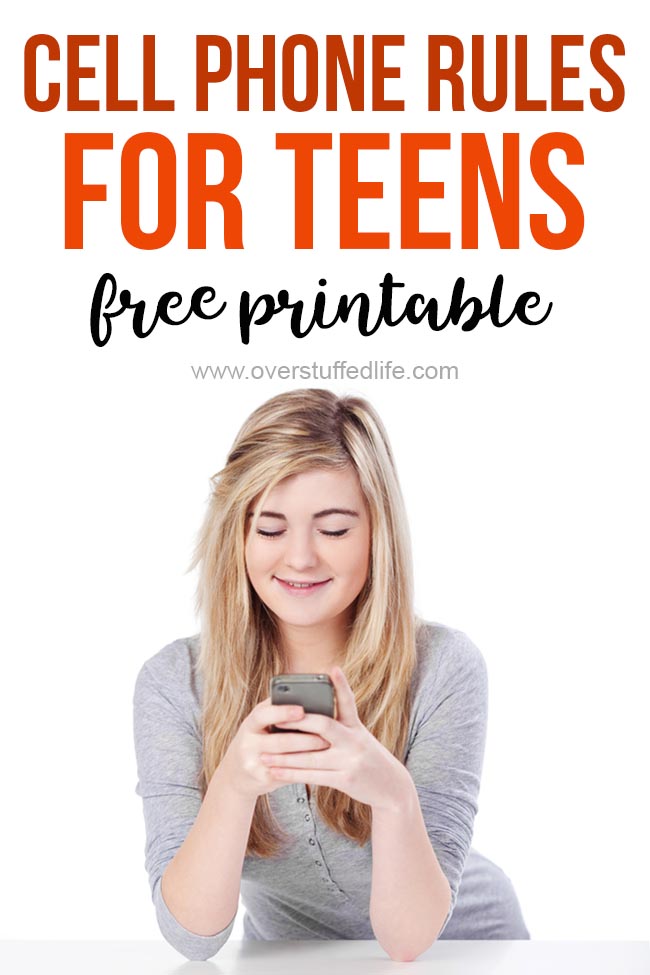 5. Never post or send photos of yourself in any state of undress

There is a lot of pressure for teens these days to send or post these types of photos. Nothing can ruin their reputations faster.

We had a situation at our high school a couple years ago where a girl sent some nude selfies to a boy and they were quickly sent to a large portion of the student body. The police had to get involved because guess what? When minors are involved this is actually considered child pornography and that is a very big deal.

Sadly, this kind of thing happens often with these types of photos and teenagers. If you would be embarrassed for your mom to see it, don’t send it. Actually, don’t even TAKE that photo in the first place!

6. Always ask permission before posting photos of others

This is common courtesy. Don’t post photos of your friends that might make them feel uncomfortable. Make sure they are okay with how they look, what they are wearing, etc.

7. Never post or send memes that are pornographic, racist, or otherwise hurtful to others

This is the type of meme that lost ten students their Harvard admissions. These memes are not funny in any way. Again, if you wouldn’t want the whole world to know you posted such a meme, do not post or send it to anyone.

8. Never have an argument via text or social media—work out your differences in person

Online disagreements rarely end well. Without tone and body language, it is much easier to be misunderstood. Your words can be twisted and shared with others, causing a simple disagreement to blow up into something much bigger and involving more people. If you have an issue with someone, work it out face to face.

9. Do not impersonate others on social media

It might seem funny to hack someone’s account or pretend to be someone else in a text message. It isn’t. Even if it is meant as a joke, these things can often be hurtful to others.

If you would not like someone saying it about you, do not say it about others.

Encourage your teen to turn things around this way, sometimes that is the easiest way for them to see that something is not appropriate for posting or sending to someone else.

I have made a printable for you so that you can post these rules in your home and easily discuss them with your own teenagers.

To download the social media rules for teens, enter your email into the form at the bottom of this post and they will be sent directly to your email inbox.

It is so very important that we are discussing these things with our teenagers often. I’d love to hear some of the social media rules you have in place for your kids—let me know in the comments!

Print out these social media rules for teens and discuss them with your kids!

Enter your email address and receive the list right to your email inbox.

Success! Now check your email to download your printable. If you don't see it in your inbox, be sure to check your spam folder.